“The Lord was moved by prayer for the land” 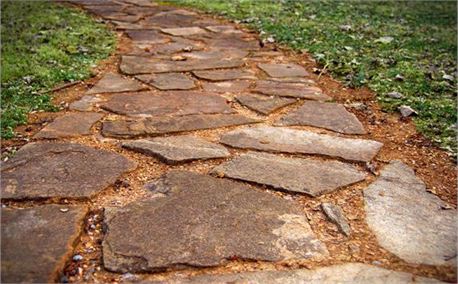 “We cannot be tolerant of sin. We cannot be reconciled with unrepentant sinners. If you try, by compromise, to be reconciled, you will come under the same spirit of deception and rebellion in which they are walking. Compromise brings confusion, instability, and lack of clarity in knowing God’s will. We live in the time when scriptures say that deception will be so strong and subtle, though blatant, that even the elect will almost be deceived (I Thess. 5; 2 Thess. 2:3; 2 Timothy 3; 4:8). You can keep your heart open to show God’s love and speak His truth to unrepentant sinners, but reconciliation and unity of spirit can only come after their repentance.”

The preceding quote is from Twelve Foundation Stones: the pathway to spiritual maturity by Shirley Adelmann. If you like a rich, scholarly read that is at the same time anointed with heart-piercing insights, this is a resourceful and fascinating gem.

Adelmann invites readers to examine how flawlessly and how intricately the scriptures are woven together as she shows how the twelve tribes of Israel correspond with the twelve gemstones described in Revelation, and in turn the twelve apostles. Adelmann then pieces together their Hebrew word pictures to show how they depict various stages of spiritual maturity, infusing practical truths for believers of all stages of growth.

Here are some other quotes from the book:

“The Lord is enthroned in our praises, and in that place of authority, He releases the power that overcomes our enemies.”

“Until the day of his death, praise was David’s tool of victory over the many enemies he faced.”

“Correctly being under authority brings promotion in God’s way and timing.”

“God establishes His word and purposes in the midst of our enemy, rising above and thwarting the attempts of the enemy to destroy us.”

As a language major, I particularly found the Hebrew word pictures and the names of the sons of Israel amazing. As a very amateur gemologist, I also enjoyed reading about the stones described in Revelation that correspond with the twelve tribes.

Shirley Adelmann is an ordained minister who serves alongside of her Pastor husband, Layen, as coordinators with Family Foundations International, conducting Ancient Paths seminars. They founded Covenant Life Church in Wells, Minnesota, and have been ministering for over fifty years. For information on her book and other teaching email shirl427@hotmail.com