“The Lord was moved by prayer for the land”

All things are possible for him who believes 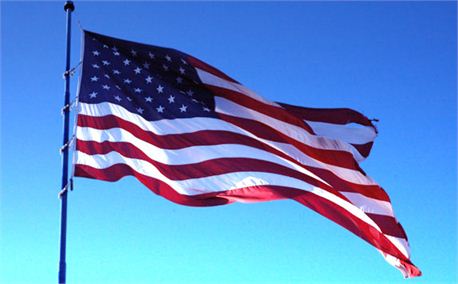 Even as the United States dangles on the precipice of unprecedented disaster, and economic collapse looms imminent, The Lord has taken me quietly from a long, wrenching season of troubled intercession into one of faith-filled, fervent prayer for our nation.

Outwardly, there is no reason for this as the news continues to forecast doom. Inwardly, The Lord has revealed in my spirit a glimpse of His might, and the ease at which the entire climate of the country can change in a day through the prayer of a remnant – by a single breath of His nostrils.

The change that we desire will not come through warring with the weapons of the flesh – campaigning and lobbying and voting and the court system. These are only the outward manifestations of what is taking place on the real battleground, which is in the prayer closet. That is where the war is being waged, and that is where warriors are in demand.

In 2 Samuel 24, David invokes a judgment from God by taking a census of his people. The reasoning behind this seems to be a pride or confidence in human efforts which David feeds by assessing his “eight hundred thousand valiant men who drew the sword plus five hundred thousand men of Judah” (v. 9). God’s anger is kindled and disaster comes upon the people in the form of a plague. Nevertheless, David cries out to his prophet who has delivered the awful news of God’s pending judgment on the land, “I am in great distress. Let us now fall into the hand of the Lord for His mercies are great, but do not let me fall into the hand of man.” David thereby shows that he greatly prefers the judgment of God to His absence! What a testimony to God’s character and kindness, even when it comes in the form of severe discipline.

Following the death of 70,000 of David’s countrymen by pestilence, God relents from destroying Jerusalem (v. 16). He instructs David through to build an altar and offer up sacrificial prayer for the nation.  The very last sentence in 2 Samuel says, “Thus the Lord was moved by prayer for the land, and the plague was held back from Israel.”

Scripture says that God raises up and brings down national leaders as He pleases (Daniel 2:21). Daniel himself was a man of prayer in a politically hostile land who found favor despite serving under an antichrist king, Nebuchadnezzar. Daniel’s steadfast prayer and fasting influenced the king and the entire nation of Babylon.

But what about the people who maintain that it must be God’s sovereign will for us to have some of the ungodly leaders we have now? Scripture does say that God deliberately hardened Pharaoh’s heart. But there was a reason for it: “so that He could multiply His signs and His wonders in the land of Egypt” (Exodus 7:3). God’s will is that none should perish (2 Peter 3:9). Therefore, even if God is deliberately delaying prayer, it is to accomplish wonders that we in our wildest imaginations couldn’t fathom.

For the praying remnant in the United States, if our focus is steadfast on The Lord God of Abraham, Isaac, and Jacob, how can we be anything other than optimists in knowing that we are partnering with a God who is altogether capable of bringing around a nation in a day (Isaiah 66:8). A God who longs on high to be gracious to us (Isaiah 30:18)?

If you don’t even know how to pray for the United States, or another nation for which you are burdened, Psalm 85 is a great place to start. Pray it aloud – faithful is He who has called us!

Prayer for God’s Mercy upon the Nation.

O Lord, You showed favor to Your land;
You restored the captivity of Jacob.
2 You forgave the iniquity of Your people;
You covered all their sin. Selah.
3 You withdrew all Your fury;
You turned away from Your burning anger.

4 Restore us, O God of our salvation,
And cause Your indignation toward us to cease.
5 Will You be angry with us forever?
Will You prolong Your anger to all generations?
6 Will You not Yourself revive us again,
That Your people may rejoice in You?
7 Show us Your lovingkindness, O Lord,
And grant us Your salvation.

8I will hear what God the Lord will say;
For He will speak peace to His people, to His godly ones;
But let them not turn back to folly.
9 Surely His salvation is near to those who fear Him,
That glory may dwell in our land.
10 Lovingkindness and truth have met together;
Righteousness and peace have kissed each other.
11 Truth springs from the earth,
And righteousness looks down from heaven.
12 Indeed, the Lord will give what is good,
And our land will yield its produce.
13 Righteousness will go before Him
And will make His footsteps into a way.