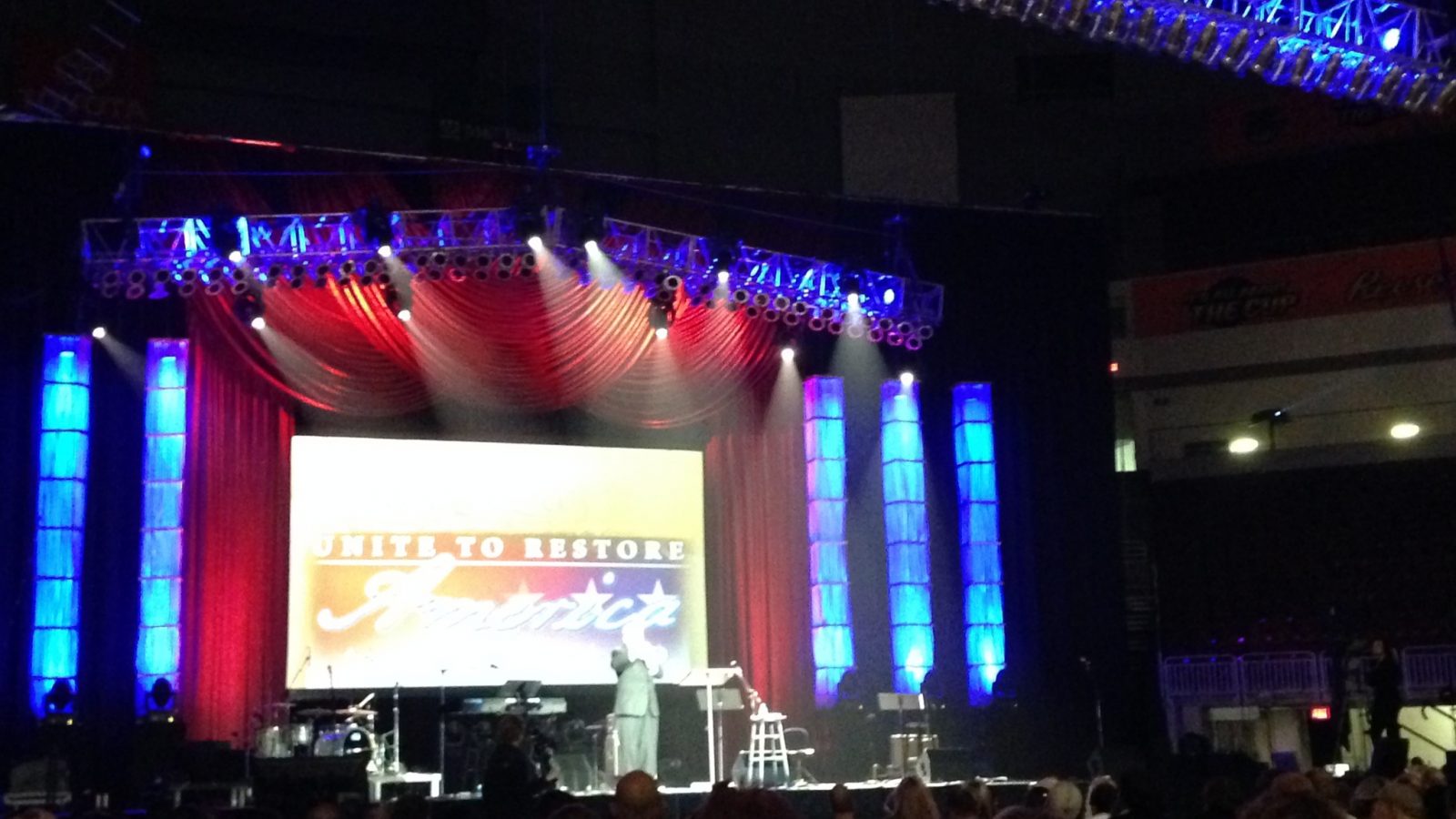 On August 16 a rally was held in Hershey, PA to pray into this question: “What is God’s desire for the future of the United States?” The event was spearheaded by Healing Tree International and featured guests such as Rep. Rick Saccone, the Honorable Sam Rohrer, and Ambassador Clyde Rivers, as well as prominent ministers such as Dutch Sheets, Bishop Angel Nunez, and Cindy Jacobs.

As someone who grappled for years with God’s divine will for this nation and how to pray into it, it was refreshing to be part of a community of both church leaders and statesmen who bore witness to what God had shown me back in November. For a long time I struggled with voices that discouraged me from taking hold of promises for America. Some of these even came from Christians, who argued that the founding fathers were mostly Deists (which isn’t accurate, but if it were true, hardly matters in light of the fact that the governing principles that they signed into being were based on Christian precepts). From the Mayflower Compact to the Constitution, the word “covenant” can be found everywhere.

Rep. Rick Saccone made the point that the founding fathers stated that our “unalienable rights” were from our Creator, and that they understood political freedom to come first from spiritual freedom. Saccone said, “The camp that is working so aggressively to divorce people’s rights from God is doing so in order that eventually it will be said that the State gives people these freedoms. And if they are given by the State, then the State can also take them away.”

Ambassador Clyde Rivers testified of what has been happening in the Republic of Burundi, third poorest nation in the world, and how the king’s godly leadership ended a 12-year civil war between the Hutu and Tutsi tribes.

We were exhorted to pray for our leaders, and reminded by our representatives that “Silence is consent.” There is an aggressive minority faction that is seeking every day to wipe out our freedoms. In light of this, let us in confidence declare decrees over our town, region, state, and country.

You can check out www.CPCFoundation.com to join others who share this prayer burden, and also to see which of our nation’s leaders believe that hearing from Heaven matters in their line of work.  Be encouraged. Pray and Proclaim that “the latter glory of this house will greater than the former” (Haggai 2:9)!