Emily Tomko
Prayer, Spiritual Warfare, State of the nation
Christians and the news, Iraq, ISIS, persecution in the church, pray in the spirit, prayer and fasting and the Holy Spirit, spiritual warfare, Syria, the weapons of our warfare, violence against Christians 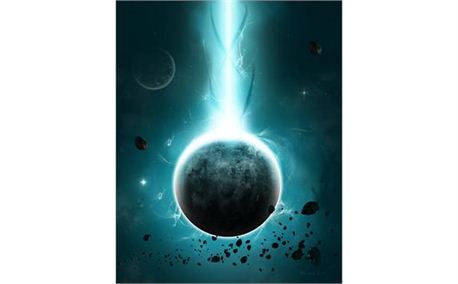 “ISIS (The Islamic State of Iraq and Syria) is sawing children in half and beheading infants, and now the report is that they have easy access to the U.S. through our open border with Mexico. And Russia has invaded Ukraine and Israel is under attack by terrorists as well. In a press conference, the leader of the free world’s response was, ‘We have no strategy’.” I filled my grandfather in on a few of the headlines when he asked me to recap the news during our visit a few days ago (he had not tuned in to anything but the weather channel lately, but said he could discern the times in which we’re living simply by the upheaval in the elements).

My 97 year-old grandfather listened gravely to my report and commented, “And every one of these groups is potentially a step away from nuclear and biological weapons that could wipe out a segment of the planet.” He shook his head and gave me a keen look. “But who wants to think about that? I think I’ll bury my head in this book instead.” He held up the novel he’d been reading, and then said quietly, “Isn’t that what most of us are doing right now?”

Can you relate to any of this? Missionaries in various parts of the world have been asking for prayer regarding the holocaust unleashed on Christians that they’re witnessing elsewhere in Africa, India and the Middle East. Our own national leadership has failed to protect its citizens both here and abroad. The swiftness of the devastation I see coming is overwhelming. The temptation is to turn on some light-hearted television or get lost in the vast wasteland of the internet to avoid the realities of what is crouching at our door.

And yet, we are not helpless in the face of distressful news. Behind this wickedness is an enemy that has already been defeated! WE the church have the true weapons – the weapons of might, and weapons of dynamite – to establish a kingdom that is imperishable NOW and bring heaven to earth. Our prayers and our proclamation can change the course of history.

I asserted this to my grandfather. “Do you believe that we have access to weapons of light and dynamite that can overcome this evil?” I asked him.

He nodded. “Yes. But the question is, will we use them?”

How is God leading you to pray for the nation and the world? What is your heart’s cry for the persecuted church? Will you use the weapons at your disposal that Christ paid for so dearly?