Water baptism: burial for the Old Self 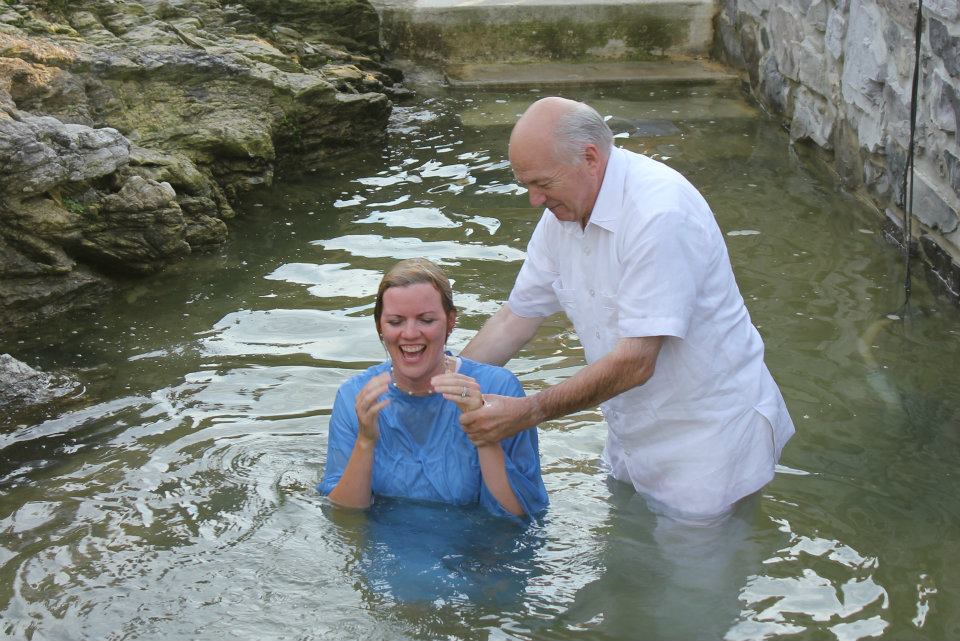 The story is told of a group of missionaries who were being transported by ship to some distant islands where they had been called to preach the gospel.  As land came into sight, the captain of the ship asked the leader of the missionary group, “Are you sure you want us to leave you here?  The natives of these islands are known to be hostile.  You might even die.”  To which the missionary replied, “We already died, when we gave our lives to Christ.”
During an intense year of spiritual growth, I had the sense that I should be baptized.   I had already been baptized once before when in my teens, and wondered if such a thing was even orthodox.  At the same time as this idea was formulating in the back of my mind, without my seeking it out, the LORD was giving me a deeper understanding of the true significance of water baptism.
When I was baptized at age sixteen, I had taken the class offered by the church on baptism and gone through the sacrament with integrity.  Yet there was a disconnect somewhere.  On the one hand, if baptism was announcing my public decision to follow Christ, there was at least a ten year span in between when that first happened and when I announced it.  This seemed kind of like getting married and waiting for a decade before throwing the wedding reception.
Another missing piece of the puzzle was my understanding of baptism as a sign of repentance or of following Christ, which always left me wondering why Jesus was baptized.  Since He’d never sinned, why did He insist that John baptize Him (Matt 3:13-17)?
Colossians 2:10 -12 says, “In [Christ] you have been made complete…having been buried with Him in baptism, in which you were also raised up with Him through faith in the working of God, who raised Him from the dead.”
Similarly, Paul tells the church in Rome “Don’t you know that all of us who were baptized into Christ Jesus were baptized into his death?  We were therefore buried with him through baptism into death in order that, just as Christ was raised from the dead through the glory of the Father, we too may live a new life” (Romans 6:3-4).
Baptism, in essence, is really therefore about death, and the baptism ritual is a funeral service.  Baptism is laying to rest the old self, which has been crucified (Galatians 2:20), along with its selfish whims and lusts, and taking on the nature that is total submission to the will of the Father.  It is a formal cutting of ties with the world, which hates and opposes God (James 4:4).
Baptism is also much more than mere symbolism.  There is a spiritual transaction that takes place in the heavenly realm through baptism.  Scripture indicates that the exodus from Egypt was really a picture of God leading His children out of the slavery of this world, and it says in 1 Corinthians 10:2 that the journey through the red sea was a type of baptism.  The army of Egypt – that is, the things of the world – could not overcome the children of God once they had passed through the waters.
If baptism is a funeral, then a believer who hasn’t been baptized is in essence walking around with a corpse on his back.  As Derek Prince once observed, “It is improper to leave dead bodies lying around unburied!” To be baptized is to be freed from dead weight.
Likewise, when Jesus was baptized, acknowledging His total submission to the Father and the official beginning of His earthly ministry, scripture says that the heavens opened and he received the anointing of the Holy Spirit; prior to that, there is no record of any supernatural empowerment given to Jesus.  Rather, His act of obedience provided an anointing on which He relied as His source of power, just as we His followers do.  This truth is reiterated in Acts 10:37-38.
Friends of ours who live in India claim that many Hindus will allow their children to come to youth group, even tolerate their church attendance.  But when these same Hindus learn that their children are getting baptized, they will get so enraged that they are ready to kill their own sons and daughters.   Something shifts in the spirit realm with baptism.  Our Indian friends refer to baptism as “renouncing” and “announcing.” The old self is renounced, and the new life in Christ is announced.  This offends non-Christians on a level that isn’t always cognitively understood, but is spiritually sensed.
In her book Miracle of Miracles, Iranian-born Mina Nevisa writes of eagerly anticipating her clandestine baptism while still living in Tehran. Her friend Monir tells her, “It will be a great victory over Satan when you are baptized tomorrow.”Later, Nevisa writes, “I can not emphasize enough how important water baptism in the name of Jesus for those from a [Muslim] background such as mine. It is not simply a ritual that permits one entrance into a particular denomination. It is a vital tool that makes the final separation from the bondages of one’s old life….When the devil comes knocking with old temptations and unforgiveness issues, he has no ground to play with. The person who had those issues is dead and buried in the name of the Father, the Son, and the Holy Spirit.”
Jesus said that “He who loves his life loses it, and he who hates his life in this world will keep it to life eternal” (John 12:25).  In a world that exalts self-expression, self-help, self-awareness, and every other form of self-interest, Jesus implores us that we put self to death.  The paradox of His kingdom is that only when we do so do we find joy, satisfaction, wholeness and ultimately, freedom.