When Heaven Stands On Tiptoe

What there is to fear 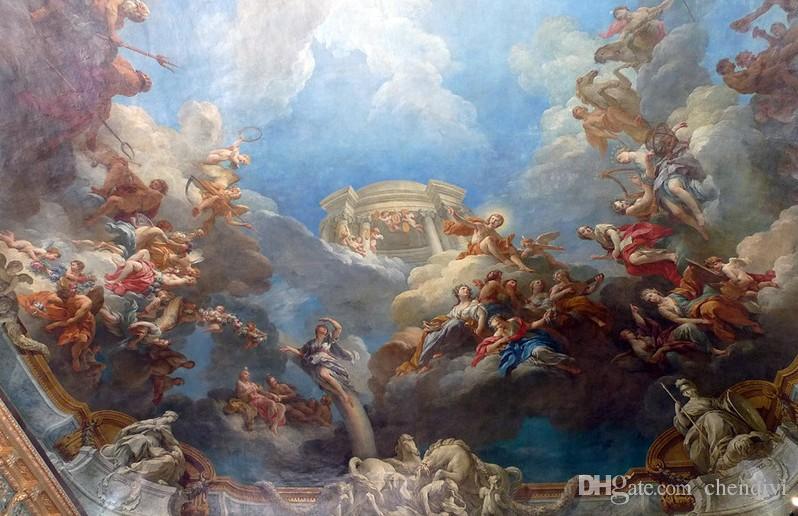 Did you ever consider that your willingness to say “yes” to whatever The Lord is asking of you right now might change the very course of history?

A woman asked me to pray for her teenage daughter who was facing a weighty decision. This teen felt God was calling her into missions following graduation. But the broad path of a four-year college was what her peers were choosing and what the culture expected. She was wavering.

As I sat down to worship at the piano and bring this situation before The Lord, a picture began to take shape in my mind. In vivid detail, I saw the hosts of heaven gathered, gazing at the earth, peering with such intensity, it was as though they were standing on tiptoe to see what choice this girl would make. The impression on me was that her decision would affect the cosmos itself.

That was many years ago. Recently, I sensed God asking me to say “yes” to the persistent nudge of His Spirit. He was asking me to give up some entertainment. This wasn’t a categorical sin, but some relaxing and recreational fun that I enjoyed from time to time.

I didn’t know if God was asking me to relinquish it for a season or forever. But I did not want to.

In 1 John 3 I read, “ Beloved, if our heart does not condemn us, we have confidence before God; and whatever we ask we receive from Him, because we keep His commandments and do the things that are pleasing in His sight” (v. 21-22).

As I went about my routine, I was antsy. My prayers did not have the same assurance. My heart did condemn me, because I was pretending I didn’t hear Him. I’d turned a corner and could no longer do what I formerly did without sinning, although it was not a sin in itself. For whatever we cannot do in faith is sin, Romans 14:23 tells us. And I could no longer enjoy this past time in faith.

Again, as I wrestled with my own will, a picture came to me of a multitude in heaven, poised, their gaze fixated on the earth. This time, it was me that they were scrutinizing. And with the image came a clear sense that there were angels waiting to be dispatched on assignments connected with my obedience.

What would I choose?

Biblical precedent or just my imagination?

Reflecting on these two instances of glimpsing “heaven on tiptoe,” as it were, I wondered if our obedience really is so radically important that the population of heaven pauses to take note. For confirmation, I went to the scriptures.

“Therefore, since we are surrounded by such a great cloud of witnesses, let us throw off every encumbrance and the sin that so easily entangles, and let us run with endurance the race set out for us” says Hebrews 12:1.

(The late Bible teacher Derek Prince always said, “When you find a ‘therefore’ in scripture, check the context to see what it’s there-for.”) So, we see the preceding text, Chapter 11, is the “faith chapter” that lists all the heroes of faith and how they changed history, and at what great cost. And these giants of the faith that responded to God are described as surrounding us as witnesses to our own brief passage on earth. Pretty incredible.

Daniel 10 provides a detailed account of angels on assignment that only prevail in their battle with Satan’s principalities at the obedience of Daniel to fasting and prayer.

Jesus said, “I tell you that there will be more joy in heaven over one sinner who repents than over ninety-nine righteous ones who do not need to repent” (Luke 15:7). I used to think of that verse in terms of someone coming to the Lord for the first time. And while I believe that still describes such a wonderful occasion, more recently, I’ve come to see that verse as applying to anyone who repents – Greek metananeo meaning “to change your mind” – about anything that brings them into agreement with God’s will. “There is joy in the presence of God’s angels” (v. 10).

Likewise, Ephesians 3:10 reveals that angels are learning about the wisdom of God through the church, and 1 Corinthians 11:10 reinforces their presence in our assemblies. Hebrews 1:14 says that “angels are ministering spirits sent to serve those who will inherit salvation”. And there are many verses throughout Revelation that suggest both humanity and angels in heaven are intently scrutinizing the happenings of earth.

Sometimes the Simple Things Are the Hardest

Radical, uncompromised obedience might be as a big a step as a move to missions or giving a child a loving home or undertaking a thankless service role that no one else will do.

But it might also be an intensely private, personal decision that no one knows about except for God and maybe your spouse. It might be particularly difficult because of the voices that tell you, “live a little,” or “everything in moderation” or perhaps they even quote scripture at you to convince you that God really doesn’t require what you know He’s asking of you.

I can only imagine the domino affect of our obedience: the people we will see in heaven, the nations that will be raised up, the healing we will see here on earth.

“For the eyes of the Lord roam to and fro throughout the earth that He may strongly support those whose heart is completely His” (2 Chronicles 16:9). Ask the Lord to empower you through His Holy Spirit to fulfill what He wants you to do.