Why I don’t mind the commercialization of Christmas (too much)

The cost to come as a baby 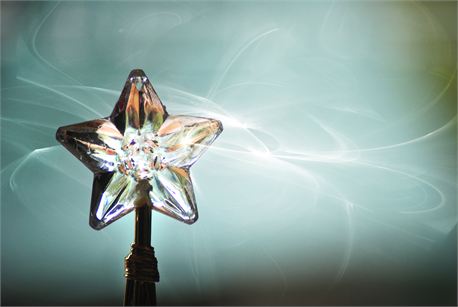 Every year people lament the consumerism that defines the American Christmas experience. Many bemoan the fact that the season starts so early. While I agree that there can be quite a bit of excess at Christmas in the way of spending and needless stress, here’s why I don’t get worked up so much over Christmas being “overdone.”

First, for the true disciple of Christ, Christmas really is Christmas all year round. A bad day for us is one in which we don’t sense His presence or hear Him speak – often because we’ve neglected to make Him a priority. Unless we as believers aren’t already surrendering our lives daily to Him, Christmas really doesn’t look that much different than other times of the year, except that it’s a littler sweeter, a little more potent in its jubilee. (And for anyone who chances by my door on any given day in spring, summer, or fall, you’ll likely hear “Joy to the World” being belted out among the other worship songs being played on the piano).

Secondly, it absolutely blesses me to the core to go into a public place – retail, restaurant, gym, or otherwise – and hear Jesus’ name coming across the airwaves. To realize that venues which normally broadcast empty Top 40 tunes or even sleazy pop songs suddenly are compelled to stream music that magnifies Christ never ceases to fill me with wonder. While patrons in these places may not actively be worshiping or even listening to the words, any time His name is lifted up is marvelous – and has spiritual ramifications.

Third, the commercialization of Christmas draws attention – whether intentionally or not – to Christ for those who normally might not bother to think of Him at all. Nativities displayed everywhere, along with the music and lights and television specials, put Him in the spotlight. True, His glory is often infringed upon with secular themes; nevertheless, there seems to be something about this time of year that draws people to contemplate Him, and which softens hearts. I’ll never forget the story of a woman who grew up in Cuba, stepped off the plane in America for the first time, and melted into tears at the sound of a carol playing – having grown up under Communism, such a simple, joyful proclamation of Christ was revolutionary.

As far as children and Christmas go, the only recourse against any distraction from Christ – His birth and life and death – is to teach them from the beginning about the Messiah and why He came; why the angels sang in such great number. Why we celebrate with all of Heaven. The pioneer children of yesteryear seem to have had the same level of CMA (Christmas Morning Anticipation) as children today (if you’ve read Laura Ingalls Wilder’s books), despite their modest means. If a child is already spoiled, how his family treats Christmas likely will neither contribute to nor correct his problem. If a family is already generous in giving to others, Christmas is just one more opportunity to reinforce this lifestyle of sharing God’s financial blessings in a variety of ways: Operation Christmas Child, rescue missions, Salvation Army red kettles, and gift catalog items sent to children in other parts of the world.

The perpetual danger for believers is to treat Christ in a common way at any time of the year – to be casual about His sacrifice.  The world, which is already blinded by the god of this world (2 Corinthian 4:4), can be blessed by the season – and the earlier and more it is proclaimed, the better.