Good government is God’s will

The Glory Path – an Amish man radically advances the Kingdom 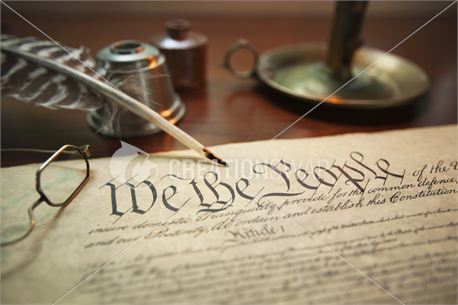 “Human nature doesn’t change,” my 96 year-old grandfather said once when I asked him if people weren’t just a whole lot nicer when he was young.  I realize now that he was right. Culture, however, does change – dramatically. Why is this? Why is there more violence, less honor, more debauchery on television, less respect, etc. than there was fifty or even twenty-five years ago if human nature is essentially the same? While we know that the earth and all that is in it is in a state of decay (Isaiah 51:6), I believe one of the chief reasons for cultural influences – be it among different nations, or the passing of time – is because of ruling principalities (Colossians 2:15, Ephesians 6:12, Matthew 12:25-27, Daniel 10:12-20).

Daniel 10:12 reveals that there are spiritual forces at work behind national and international events. These spiritual forces actually reign over geographical locations. In Daniel 10, the heavenly messenger speaking to Daniel says that he has been detained by the prince of the Persian kingdom. This is not an earthly prince, but a Satanic one, with power and authority over the province of Persia.

The messenger sent to Daniel references two other spirits: the prince of Greece, and the angel Michael, whom he calls “one of the chief princes,” a protector of Israel. These representatives are from Satan’s kingdom and from God’s kingdom, and the entities are fighting each other.

This passage in Daniel further makes it clear that prayer and fasting are key to world events. Prayer and fasting actually affect the spirit realm, giving way to victories which affect the natural realm (such as the passing of good laws and the routing of corrupt government). A messenger sent by God to Daniel with a vision was impeded by a demonic power and could not get there until Daniel’s prayer and fasting broke through the power!

Which brings us to address the third myth in this series that many Christians have believed:

Myth #3 – You can’t legislate morality. People are going to do what they want to do. Therefore, it doesn’t matter what kinds of laws are being put in place.

“Long ago I learned from your statutes that you established them to last forever” (Psalm 119:152).

Laws matter a great deal. They set a standard for what is acceptable in a society. When enforced, they discourage destructive behavior and offer punitive measures to remove perpetrators from such behavior from doing more damage. The word “lawless” is a synonym for sin (1 John 3:4). Wherever laws are abolished prohibiting destructive behavior, individuals suffer. Failure to adhere to a moral code guarantees that destruction and despair will flourish.

Those who mistakenly believe that legalizing destructive behavior such as drug use and prostitution and abortion will improve society have failed to study the histories of cities and nations which have adopted such falsehoods. Whenever destructive behavior is permitted under the law, it grows.

In my hometown last year, a company that sold legal drug paraphernalia was successfully ousted by a collaborative effort on the part of municipal government and the praying church. When the company was gone, a friend who is a counselor at a local drug treatment center said the number of his cases dramatically dropped; he attributed this to the  removal of the harmful – though legal – presence of this company.

It’s silly to suppose legalizing what the Bible deems destructive activity will help control it. If armed robbery were legalized, would we not see an immediate upsurge in burglarized houses, businesses, banks, etc., and probably murder as well?

I am thankful for laws that protect children in particular, and am excited to see legal ground being gained even now that protects the smallest of lives. When spiritual principalities are removed by prayer and fasting from a region, the entire culture is transformed. Satan’s principalities operate in deceiving humanity. When they are gone, people can see the truth and think rationally. This impacts what kind of laws its citizens designate, and through that, other behavior will be tolerated or disallowed, and thereby flee or flourish.