A Spirit-led fast for national prayer

“Ask me, and I will make the nations your inheritance”

“Stamp Eternity on our eyeballs” 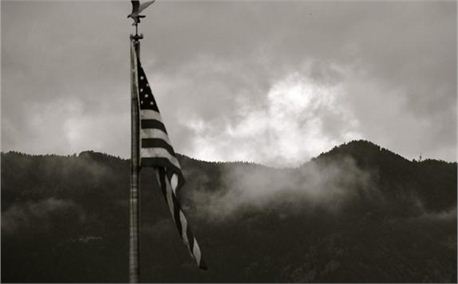 “My eyes shall be upon the faithful of the land, that they may dwell with me; he who walks in a blameless way is the one who will minister to me…he who speaks falsehood shall not maintain his position before me” (Psalm 101:6-7).

In February of this year, I sensed the Lord calling me into a three-day fast for this nation. It didn’t dawn on me until later when I saw municipal workers hoisting American flags outside that the fast fell over President’s Day – I hadn’t planned it that way, but it encouraged me in what I was doing, as did reading that President Washington had called a national fast on the same date (Feb 19, 1795).

Four days ago, I again sensed the Lord calling me into a three-day fast. I can tell you that I am even more desperate for His kingdom to come “in power and in the Holy Spirit and with full conviction” (1 Thess. 1:5) than I was back in February. It was only in the middle of this fast that it again occurred to me that the three days fell precisely on another historic date: the 150th anniversary of the battle of Gettysburg (July 1, 2, and 3). In the midst of present impossible situations and political and social darkness, I sensed the Lord telling me that it was not by accident that He designed the timing of this fast to coincide with the turning point in the Civil War.

(For those unfamiliar with the Battle of Gettysburg, it seemed a sure thing that the Confederacy would win as Robert E. Lee’s army pushed into Pennsylvania back in 1863. But it was not to be so. Opportunities were missed for the South, and there was a momentum shift. Although the bloody war would rage for two more years, Gettysburg was a turning point in the war that would preserve the Union).

There has been a corporate call to fast as well among our church body this week. As we gathered for prayer, church leadership and elders were all getting the same message: we are desperate. We are desperate for His kingdom to come, desperate for power and authority and for the sick to be healed and addicts to be completely delivered and families to be restored — but most of all we are desperate simply for HIM!

My prayer for individuals in the church is that we will not compromise and be crushed under the corrupted culture that we’re now living in, but be exponentially inspired like never before to seek His face with prayer and fasting. The stakes are higher than ever, but so are the rewards – are you in?