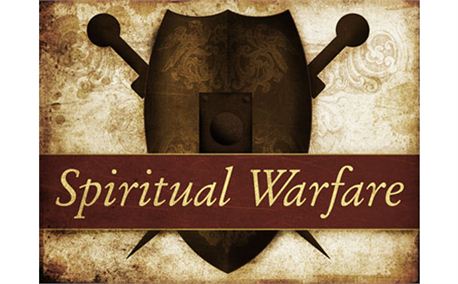 Before a teen leaves home for college, it’s imperative that he or she is properly equipped with the necessary armor.  As our young people leave home, they are walking into a spiritual ambush.

Each year as I watched a class of my seniors graduate high school, I’d inwardly wince as I remembered my own college experience and subsequent falling away from my faith. It is a common scenario, and the gut-wrenching uncertainty I always had about whether their walk with Christ would withstand the war that would be waged upon them is what led me to write my first book, College Bound: A Pursuit of Freedom.

I had been raised in a solid Christian home with loving parents. I was a “good” girl with “good” friends, and never got into trouble in high school. I’d often stood up for my beliefs in the classroom. I also knew the scriptures better than any of the kids in my youth group, thanks to the encouragement of my parents. I remember scoffing – very much like Peter – at the idea that I’d ever betray my Lord.

But I was unprepared for the submersion into campus life. As time went on, I drifted further and further away from the Truth, and dabbled in pretty much everything I’d previously written off as unthinkable. About the time I’d had enough was when I realized that I was very far away from home, and that I didn’t know how to return.

In retrospect, here are some practical ways to avoid the pitfalls I fell into and prepare teens for leaving home and taking on their next venture:

Seek out Christian fellowship – before move-in. Most campuses have some form of InterVarsity/student fellowship, and it is also a good idea to start looking into local churches in the area ahead of time.

Be prepared for the temptation to conform. Even as adults we don’t automatically outgrow peer pressure. Unless our identity is seen as firmly in Christ, the need to fit in is fundamental and strong. No one wants to be seen as weird or outside the margins. We need to train our children to be leaders, and not take to their cues from the world around them. If they’re not of the world, the world will in fact hate them (John 15:18).

Be prepared for persecution, which Christ promised His followers would occur for every one of them. Persecution can be augmented when away from home and in the atmosphere of a college campus. The persecution can come in many forms, but agnostic and often sarcastic professors are one of the biggest complaints I hear from the college students (and was my own experience as well). There is also a great deal of resistance usually from certain sociopolitical groups within the campus that perceive Christians as a threat to their ideals.

Pray for your teen daily, as well as for their roommate(s). The hand of Jehovah moves at the behest of His saints. If we could see the impact our prayers have, we’d pray without ceasing indeed. Many times we grow weary of praying and give up prematurely, but the answer has already been given – it’s just been delayed coming to fruition in the natural. I can’t emphasize enough the effects praying parents have had on my life.

Some might may say to themselves, “We’ve decided on a Christian college, so this isn’t all that necessary.” To that I would respond, “It is even more necessary at a Christian campus.” I will elaborate on that statement in a future blog.

What other ideas do you recommend for those heading off to college or prep school to help guard their faith?