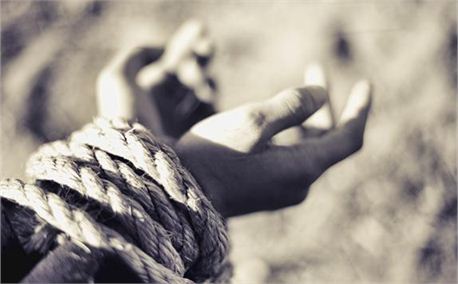 It’s been an interesting week to say the least. Holy Week 2013 has been distinguished by red blocks with pink equal signs, red ties, red and pink crosses in response, and then crosses allegedly deleted by Facebook.  Bloggers have flocked to the subject of whether gay unions should be legally classified as marriage. There has been a lot of talk about love – both from gays, and from the church. Perhaps as such, it is time for the church to reestablish what “love” is, as defined by scripture, because there seems to be a lot of confusion on the topic.

But that’s not the subject of this blog.

It occurred to me earlier this week that it has been forty years since the Supreme Court legalized  the killing of babies in Roe v. Wade. Since then, abortion has been our “national sin,” the disgrace of this country that we’d systematically kill the innocent – our own children.  It’s a stark contrast to see what this landmark decision has had on a generation, if one compares 1973 to 2013 in terms of crime, divorce, suicide, and the problem of illegitimate birth (While I am not suggesting abortion is the only variable, it is highly significant to all four of these issues, as it was reasoned by pro-abortion activists that abortion would lessen these trends).

In scripture, forty is the number of probation. It represents a time of testing or trial, in which an outcome will be established – either pass or fail (Numbers 13:25, Matthew 4:2, Acts 1:3, et. al). I sensed in my spirit that this number was significant, a harbinger perhaps. (A harbinger is defined by Merriam-Webster as a person or thing that signals the approach of another; a forerunner).

This week, I also wondered where the new symbol came from in the gay community – why the switch to red? Why not the more recognizable rainbow or triangle? I did some research on this and while that particular question was in dispute, the homosexual community has had an evolution of colors throughout the last century that they’ve used to distinguish themselves.

Red in scripture is a sign of war, of destruction, of bloodshed. Whether this was ever a conscious thought in the minds of those that came up with the red background for the equal sign, I don’t know. But it seems not to be an accident, any more than it is by chance that forty years, the same court is in session over a national sin that will certainly have more far-reaching effects than most anticipate.

What is clear is that “Tolerance” is at full speed on a collision course with the church. I believe it is what is going to bring about unprecedented persecution, as there are certain things that the church simply cannot tolerate without compromising Jesus Christ. In fact, the only way that a Christian can truly love a sinner is to have enough compassion to introduce him to the One who will reveal his sin.

Already we know that the spiritual principality behind this national sin is violent at its core, just like abortion. This was embodied in August when a man representing the LBGT Community of DC attacked the Family Research Council and shot a guard, yelling “I don’t like your politics!” The press all but omitted the story, save to call the FRC a “hate group” and justify the shooting. A UK pastor was jailed for preaching what scripture says about homosexuality, as was a Swedish pastor. In both Europe and Canada, this basic freedom of speech is already outlawed or under attack. Churches in America that have preached that homosexuality is a sin for which one needs deliverance and forgiveness have been vandalized. Churches in certain small towns are being politically targeted by homosexual activists. Again, the press has remained largely silent.

This persecution is on the rise in America, and I believe out of it will emerge the true Bride of Christ, separate from the Jezebels, the idolatrous church, and the harlot (Rev. 2:20; Acts 19:24-28; Rev 17:1-5; et al) – that is, the church built by Christ, and not by the world, will be distinguished at last. That is the good news.

The hard thing is the cost. Last Sunday, Palm Sunday, our pastor stood up at the beginning of the church service and talked about Stephen, the first martyr of the church. Stephen, he pointed out, was a man full of faith and filled with the Spirit. When confronted and questioned by the national leaders of his day, Stephen testified of Christ and did not back down from pointing out the sin of the nation. As such, he was driven out of town and stoned to death. Our pastor asked us, “When asked, will you testify to the sin of a nation, even if it means it will cost you your life?”

Do you see any other harbingers in this present controversy? What do you perceive is happening right now in the broader picture? How has God been directing you to pray?