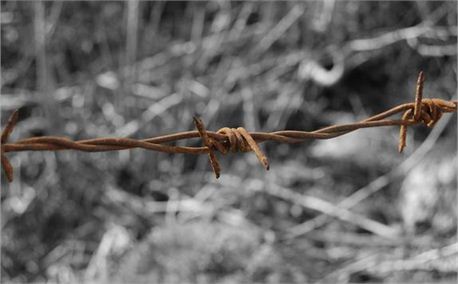 “Fantasy is the easiest way to initiate young people into the occult.” So stated Anton Lavey, founder of the satanic church. The occult is defined by Merriam-Webster as “that which involves the action or influence of supernatural or supernormal powers (of satan) or some secret knowledge of them.”

The Lord laid a message on my heart to teach young people on the dangers of what they as Christians might be unknowingly dabbling in, particularly in this age of demon romances and Avatar and Dragon Age.  Scripture states, “Let no one be found among you who…practices divination or sorcery, interprets omens, engages in witchcraft, or casts spells, or who is a medium or spiritist or who consults the dead. Anyone who does these things is detestable to the LORD; because of these same detestable practices the LORD your God will drive out those nations before you” (Deuteronomy 18:10-12). However, the occult is an enormously broad topic, and it took quite a bit of prayer to discern what specifically God wanted me to say in the limited time I’d have to share with these youth.

Two common forms of the occult in America

God gave me two very clear, specific areas that He wanted me to address: freemasonry and yoga. In neither of these topics was I an expert, having heard only rumors that freemasonry was a cult and that yoga involved the possibility of opening one’s self up to ungodly spirits in the act of meditation. (I also knew that my husband when we’d first met had occasionally practiced Hatha yoga and it had greatly helped his back pain). I myself had worked at a Masonic village in high school and kept in touch with an elderly person from there for years whom I also knew to be a devout Christian. Initially, there had been an uncertainty in my own mind about the serious evil of either of these two activities.

Nevertheless, I had heard more than one former yogi speak out against yoga and renounce it – one called it “a staircase in which every step leads you further down.” As I researched yoga, it quickly became apparent that yoga is inextricably Hinduism – and that engaging in it is the same as worshiping a false god. Even if all the chanting  is taken away, every position in yoga is a posture to a specific Hindu god.

As for freemasonry, many Christians, even church elders, are involved in it and most have no idea that it’s a religion with its own ritual, pagan god, and oaths. Essentially, masons are serving two masters. Nor do they understand the harm it can inflict on their children and grandchildren for generations in the form of generational curses (I have friends and acquaintances who attribute chronic health problems, family break-up, emotional breakdown, and other devastation in their lives to an ancestor’s practice of freemasonry).

Thanks to parents of youth who were warring with me in prayer, I saw more fruit from teaching on this topic than any other time in my years of youth ministry. After the teaching, many parents called, emailed, and approached me in person to tell me immediate changes that they saw in their teens. One mother said that her son gave up online gaming. Another said that a bitter spirit instantly left her daughter. One mom said that her son, who normally did not engage in church, had a revelation of the spiritual condition of his father and was eager to pray for him.  One girl who’d been in the class who suffers from all kinds of ongoing physical and mental issues and comes from a broken family contacted me later and asked me to pray with her, as most of her father’s family had been involved in freemasonry. Later, a mutual friend confided in me that “something lifted off of” this same girl, and that she had a freer, more peaceful look about her.

However, just as we saw more fruit and rapid transformation during the teaching on this subject, I also encountered more resistance and opposition to it than any other.  While I’ve come to expect ridicule and minimalizing the seriousness of this topic from the world, I was a little blindsided when it came from within the church.

There’s a serious lack of Bible teaching on this subject. “My people perish for lack of knowledge,” said the Lord through the prophet Hosea. Unfortunately, because of the lack of knowledge on the topic of occult practices that are prevalent in American culture, many people are unknowingly engaging demonic influences, and thereby inviting all kinds of destruction into their lives.

However, it’s disappointing the death grip some in the church have maintained when one of their activities is lovingly pointed out to be destructive in nature, whether yoga, freemasonry, accupuncture, etc. “I can practice ____ and still be a Christian. I just chant the name of Jesus or pray while I am doing it” is the most common response I hear.

Additionally, some leadership in different churches I’ve encountered has contradicted my teaching when questioned by some of their congregants and downplayed the seriousness of dabbling in the occult. After hearing about this, I reflected that pastors who are not used to seeing God move in any kind of supernatural power in their churches probably have difficulty seeing the devil as a supernatural threat, either.

My question to this is, how can we who call Jesus LORD possibly flirt with His Enemy – and ours? How can we justify even the slightest unfaithfulness? As a married woman, I’m not going to saunter down to the local bar, take a seat, and begin winking at the guy across from me. Arguing the benefits of such an activity for my self-esteem would be like those who argue the health benefits of yoga. How much worse is it that the Bride of Christ would do such a thing? Ephesians 5:11 states, “have nothing to do with the unfruitful deeds of darkness; instead, expose them.”

What has your experience been with the church and its view on the occult? Have you ever heard pastors or Bible teachers expose any of these practices? Is this concept new to you?