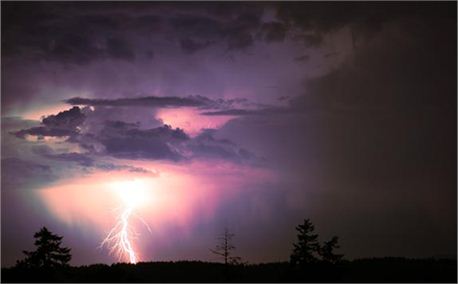 “We in America need to pray like it’s London, 1940, and the Luftwaffe has just been sighted, ready to start the Blitz on our city.” So stated a pastor friend of mine recently. The words of many who are tuned into the Spirit are saying the same – they’re all consistently reporting that America right now is being propped up from total devastation only by the prayers of her saints interceding across the land. And I believe that if we could see into the spirit realm, we’d see angels standing at the ready, awaiting the word to pour out a spiritual blitz.

The majority of Americans seem to be in a kind of stupor – believing that life as they know it and all its routines and privileges will just keep on going the way it always has. They choose not to see the imminent danger – of financial collapse, of another year of severe drought, of food shortages, of unprecedented violence, of unrestrained weather patterns.

A friend called me up last week whom I haven’t talked to in months and left me a voice mail: “God has been speaking to me the same, heavy message – judgment is coming.”

The thing is, God doesn’t want to send judgment. It is not how He prefers to interact with His creation.  Psalm 103 is one of many scriptures that state, “The Lord is compassionate and gracious, slow to anger and abounding in lovingkindness . . . He has not dealt with us according to our sins, nor rewarded us according to our iniquities.”

If we suppose that people have been warning doom and gloom for a while now, but it has yet to come, it is only because of the mercy shown by the LORD at the behest of His saints through intercessory prayer. He would much rather redeem than condemn. “The Lord is not slow about His promise, as some count slowness, but is patient toward you, not wishing for any to perish but for all to come to repentance” (2 Peter 3:9).

So I sound the alarm and call on brothers and sisters to pray as though you can hear the drone of war planes overhead. “’Now, therefore,” says the Lord, “Turn to Me with all your heart, with fasting, with weeping, and with mourning.’” So rend your heart, and not your garments; Return to the Lord your God, For He is gracious and merciful, slow to anger, and of great kindness; and He relents from doing harm. Who knows if He will turn and relent, and leave a blessing behind Him—” (Joel 2:12-14)