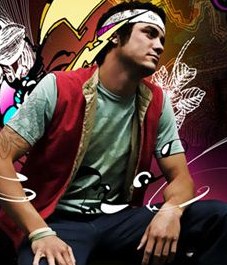 At a youth training conference I recently attended, the keynote speaker – Chap Clark– cited what he believed to be the main reason for the devastating numbers of young people leaving the church after graduating high school. Essentially, he said that youth groups are not assimilated into the rest of the congregation, but instead function almost as parachurch organizations. Therefore, when youth group ends and the teens graduate, they feel as though they have no place among the rest of the church body because it feels like an entirely different organization for them.

While Clark’s assessment certainly is true, I believe that there’s something much more basic and more troubling at the core of why young people are forsaking their faith in droves: they’ve simply had no personal, life-changing encounter with Jesus Christ.

If a church experience consists primarily of a system of principals and a theology, very soon those ideals will come head-to-head with the reality of a mocking, sinister, seductive world, led and fed by the Father of Lies. Without a revelation of the Person of Jesus Christ, what chance does anyone – especially a young person – have against such an environment?

Whenever the young people I interact with (high school and college age) have a personal revelation of Jesus Christ, there is a consuming hunger for Him that transcends the generational gap. They want more of Him, more of the Holy Spirit. They want to be where He shows up, and they flock to prayer groups and Bible studies where His Presence can be found, with multiple generations praying, worshiping, fellowshipping, and studying the word together. This was certainly true of myself when I was in my mid-twenties and had, in a most unlikely place, an encounter with Christ that revolutionized my life. After that, I thoroughly enjoyed worshiping and travailing in prayer with people my parents’ and grandparents’ ages – so long as the Holy Spirit was present.

Affirming Clark’s findings, scripture does not mention “youth ministry” as something that is separate or distinct in the body of Christ. The first church, filled with the Holy Spirit “were of one heart and soul; and not one of them claimed that anything belonging to him was his own, but all things were common property to them” (Acts 4:32).

This picture of the first church in Acts brings up another reason why young people in the West might be leaving the institutional church. With so much of it spiritually dead, why would anyone who did have a personal encounter with Jesus Christ want to return to it?  It is morbidly depressing to be full of the Holy Spirit and in a church gathering in which His Presence is absent.

Ever since Jesus told the parable of the wheat and the tares (Matthew 13:24-30), His followers have been given a heads-up that there are actually two churches at work in the world: the true church, which is the Bride of Christ, His Body – and there’s the counterfeit, a harlot, that resembles and mimics the Bride, but in reality is an anti-Christ church, of which the Enemy is head.

The two churches growing alongside one another – the wheat and the tares – will be the case until Christ’s return. Whenever we discuss statistics for “the church” in America, it is wise to distinguish which is which – the Body of Christ (Colossians 1:18, 1 Corinthians 12:12, Eph 5:25-27, etc.) or the harlot, comprised of false teachers (Matthew 7:22-23, 1 John 2:19, 2 Timothy 3:5, etc.). In the institutional church in America, there is a great deal of overlap between the two, which in turn can be a source of confusion as to what is really going on.

What are your thoughts and observations on why people – especially young adults – are leaving church? Are the ones you know forsaking their faith? Or are they forsaking a powerless institution yet retaining their core beliefs?