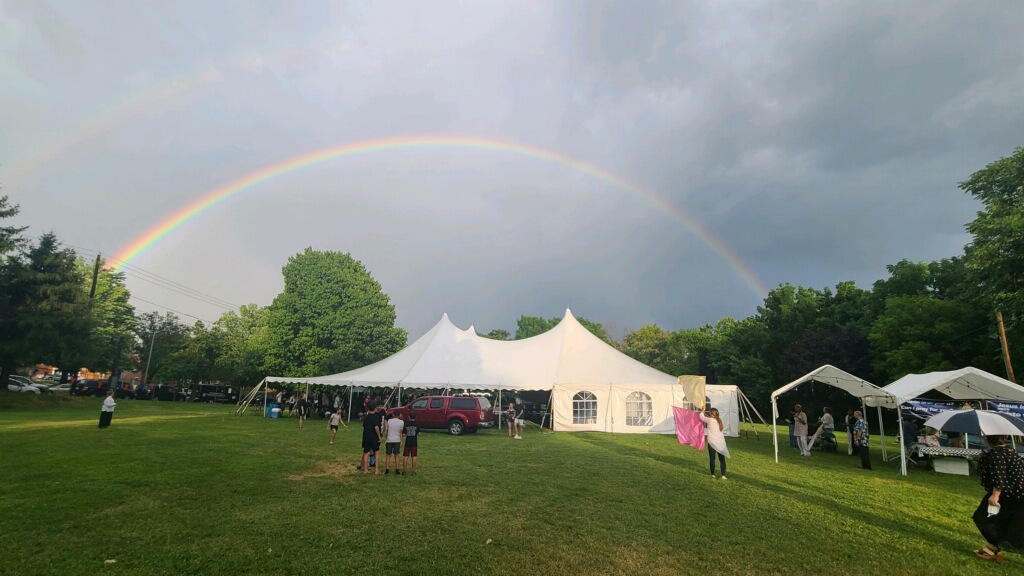 Jesus is coming back quickly and people are not ready. The thought governs my awareness, and yet at times I feel paralyzed to do much about it.

When an evangelist and his team of nine men and women from the UK came to help stir us to action, it was a powerful shot in the arm.  (This evangelist was Jonathan Conrathe with whom we’d worked three years ago in the city of Harrisburg; his incredible testimonies and sermons can be found at Mission 24.)

The “us” consisted of over a dozen local churches of varying denominations, about half of them Spanish.  There is something demonstrably powerful about church leadership setting aside differences, denominations, and personal styles, and pastors honoring and deferring to one another.  The Holy Spirit begins to move with swift and astonishing might.

Following training sessions during the day we went out in pairs, per Jesus’s directive in Mark 6:7 and Luke 10, and talked to people in the city. My children went with us. In five days, 233 people gave their lives to Christ.  At night we had worship in a tent outside the Spanish Assembly of God. A farmer brought a stock watering tank and 25 people were baptized.

We saw so many people physically healed as well as delivered of demonic oppression, it was overwhelming trying to remember it all so that we could testify later everything the Lord had done. “Now there are also many other things that Jesus did. Were every one of them to be written, I suppose that the world itself could not contain the books that would be written” (John 21:25) came to mind. There was a thrilling sense of multiplication in the churches co-laboring.  During the nights in the tent, the power and presence of God was so stark it was very easy to enter in. I would leave full of the Holy Spirit and scarcely able to sleep at night for the excitement of seeing all that He had done that day.

Breakthrough in the Philistine Camp

Jonathan Conrathe got a word of knowledge one night that there were deep sexual sins undermining the city. Generational sin and perversion and people present at the meetings not coming forward out of protection for those in positions of authority. He gave an altar call for repentance for those affected by this, but no one came forward.

For all the healing and movement of the Holy Spirit there was a sense of grief that much more of the kingdom of God would have come if there’d been a response to this particular call for repentance.  Indeed, this word of knowledge was underscored on the first day of walking around the city; every single female that the evangelistic team encountered, they learned after talking with them, had been raped.

On our third night of worship at the tent one of the pastors got a call from a woman in another neighborhood a few blocks over. She said that they could feel the impact of the worship and that it was affecting the spirit realm. She said that a man in the neighborhood was manifesting something and would they pray that he could not harm himself or others. Several of the pastors and evangelists dispatched to that particular neighborhood to prayer walk and hopefully encounter the man but they did not see him.

One pastor likened the penetration of the Holy Spirit into what had been the devil’s den to the mighty men breaking through the camp of the Philistines to draw water out of the well of Bethlehem (2 Samuel 23:16).

There were several exciting moments for me personally as I saw people get healed before my eyes. Cataracts dissolved in eyes. One woman with whom I prayed said she was ready to forgive an abusive ex husband and give her life to the Lord and be baptized. The radiance in her face after that moment transformed her whole appearance.

Perhaps the crown jewel was praying in faith for an acquaintance whom I had just learned that week was in hospice with cancer.  On our last night of worship at the tent I received word from the same mutual friend who told me about her being in hospice – almost in disbelief – that this woman was being released to go home.

Where do we go from here?

There is a sense among all of us that what was sparked by our brothers and sisters from the UK must not fizzle out.  Similar tent meetings continue in other parts of the county through YWAM.

Spiritual inertia seeks to overtake us. The busy-ness of life would supplant the Father’s business. I’m aware I must be proactive now that we are “scattered” back into our daily routines. I’ve asked the Lord to give me boldness and to bring me divine appointments in the week following the training and team evangelism. He has been faithful in both. Yet it rests on me to step out.

For Jesus is coming quickly. 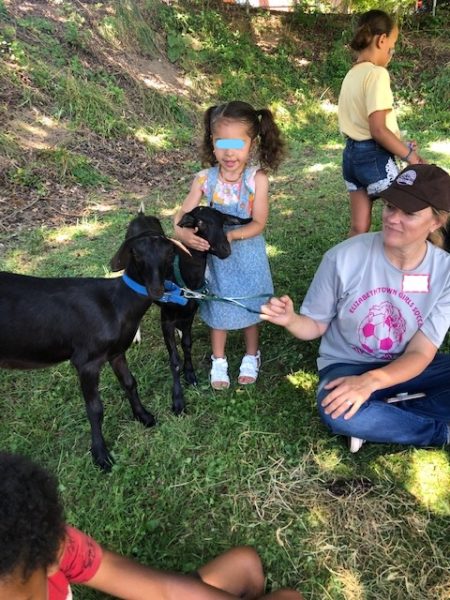 Sharing our goats with children in the city during outreach

Should the church stay silent on controversial cultural issues in favor of unity?

What’s really dividing the church? Are politics avoidable? A brief treatise on unity, truth and the church