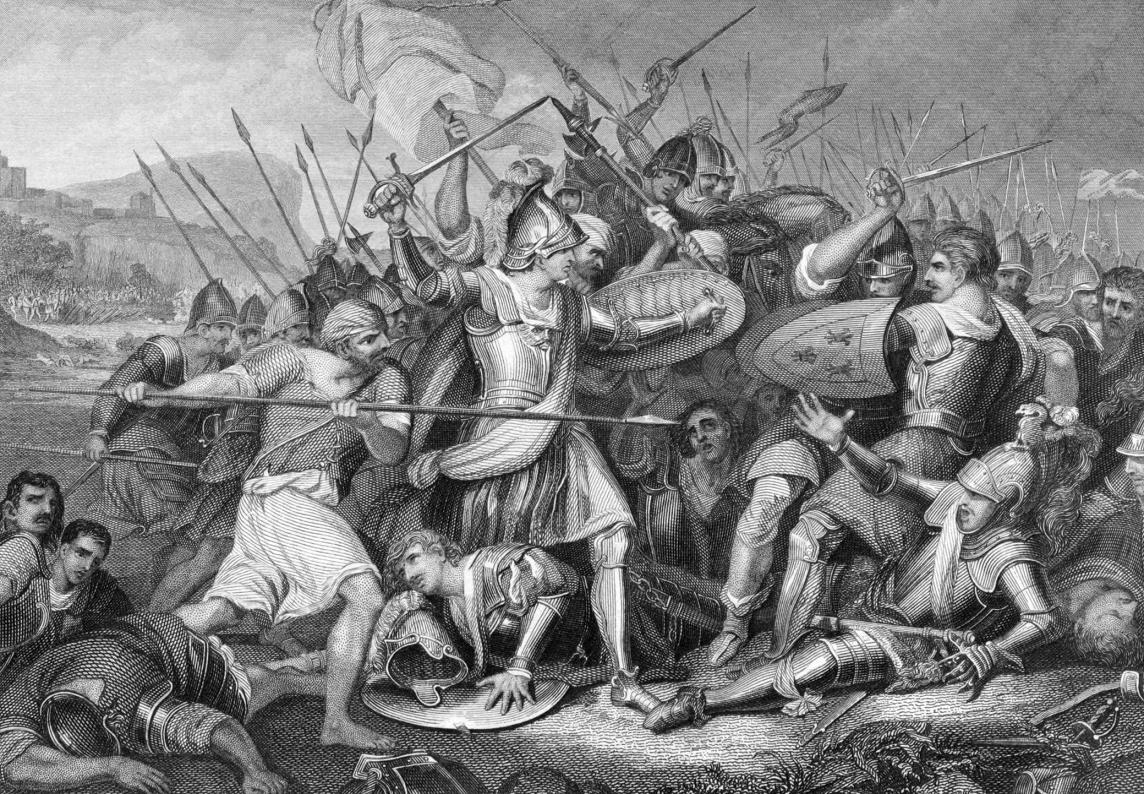 If Christians refuse to engage in spiritual warfare, we will likely find ourselves in the midst of unprecedented physical war.

Gay author and activist Bruce Bawer left the US to escape what he described as the influence of conservatism and Christianity. Moving to Europe to live with his lover, he was hit with a disturbing reality check: the secularization of Europe left a vacuum for an ideology far worse than that which encumbered Bawer in the States. In his book, While Europe Slept: How Radical Islam is Destroying the West from Within, Bawer describes his experiences in Amsterdam, Oslo, Copenhagen, Paris, Berlin, Madrid, and Stockholm, where he encountered large, rapidly expanding Muslim enclaves in which women were oppressed and abused, homosexuals persecuted and killed, “infidels” threatened and vilified, Jews demonized and attacked, barbaric traditions (such as honor killing and forced marriage) widely practiced, and freedom of speech and religion firmly repudiated. All of this while the European media and political establishment turned a blind eye in order to preserve the illusion of multiculturalism. (*Bawer’s book was published in 2007, pre-Charlie Hebdo, Paris attacks, and eight years before a huge migrant influx).

In the previous century, when Secular Humanism flourished in Germany through the Enlightenment, it paved the way for a false Christ to come to power in the embodiment of an Austrian named Adolf Hitler. Why was the worldview of Secular Humanism – mankind as a part of uncreated, eternal nature, with man capable of self-remediation apart from God – so successful in a country with such a rich Christian history as Germany? Germany, after all, was the land of Martin Luther and the Reformation, Gutenberg’s printing press (which was the vehicle to put the Bible in the hands of  the masses), Count Zinzendorf and the Moravian missionaries, the Pietist and Anabaptist movements, Johann Blumhardt and the great revival in Baden-Wurttemberg in the 1840s, and many other notable pioneers of the Kingdom of Heaven.  Prior to that, the Franks (the peoples living in what is now Southeastern Germany) successfully fought off the Muslim Moors at the Battle of Tours, saving the entire western world from Islamization, and unwittingly establishing the present-day European monarchies, which in turn would fund explorations to the New World.

The answer is, the dwindling supernatural presence of the Holy Spirit through God’s people in Germany left an opening for evil to flourish. Germany became center stage to two world wars in just thirty years. Now, the spiritual vacuum in Germany, and indeed Europe and the West as a whole, has paved the way for a new threat to their governments and way of life: Islam.

The reality is, where the Holy Spirit is not present through the influence of the church, a vacuum is created for evil. “And you know what restrains [the Antichrist] now, so that in his time he will be revealed. For the mystery of lawlessness is already at work; only he who now restrains will do so until he is taken out of the way” (2 Thessalonians 2:6-7, NASB). In other words, lawlessness/the spirit of antichrist is restrained by Christ’s government – that is, His kingdom coming to earth in justice, order, and righteousness, along with peace, health, abundance, and a myriad of other manifestations.

What does this have to do with you?

The waning influence of the gospel of the kingdom in our western world is leaving a vacuum for every kind of evil. Sexual perversion, Sharia Law, the systematic murder and sale of babies, and other unthinkable atrocities exist in our comfortable “enlightened” culture. Only a tiny remnant of the church is even willing to speak out against these issues, according to many revival organizations.  Even pastors and priests concerned about offending their congregants stay silent or remain neutral on controversial social issues. And only a small remnant is praying what Jesus instructed His disciples: “Thy kingdom come, Thy will be done, in earth as it is in Heaven” (Matthew 6:10).

Our entire civilization is in jeopardy. God’s will is that none should perish, and so He is patient (2 Peter 2:9). But scripture also tells us that there are spiritual laws, and that they are just as real as physical laws. If God’s statutes are not obeyed, there will be dire consequences. If we do not stand in the gap as priests, then the only solution is God’s Wrath. It is becoming increasingly evident that if the church is not willing to bring God’s kingdom to earth through prayer, as well as other acts of obedience, there is going to be a high payment required. The church needs to be influencing culture and politics and education. If we are unwilling or intimidated, I believe we are going to see terrible bloodshed in nations that have known only convenience and security for decades. In other words, if the church refuses to engage in spiritual warfare, there is going to be physical warfare in the world at large.

Pastor Brad Sherman says, “We see that war comes from man trying to satisfy his desires at the expense of others . . . he is blinded to the fact that total fulfillment is found in God alone. So, like it or not, war is a religious issue. Whether it is Christianity, Islam, Buddhism, or Secular Humanism, someone’s religious beliefs are going to shape and influence the governments of nations. Unfortunately, when Christians miss this all-important point, nations all around the world suffer and are taken over by anti-Christian governments.”