Don’t “explain it away”

Emily Tomko
Spiritual Growth
answered prayer, ascribe the Lord the glory due, explaining miracles, give God the glory, the natural mind and the spirit, walk in the spirit, without faith it is impossible to please God 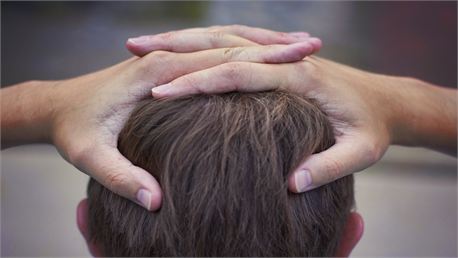 You’re in a jam.  That bill is due this week and you don’t have the $213 needed to pay it. You pray and ask God to please, please perform a miracle and make the money materialize out of nowhere. The next day, an unexpected refund comes in the mail. Meanwhile, you find a twenty dollar bill in a coat pocket. Your prayer has now been answered – you have just enough to cover the payment! After you get over the initial glee of the faithfulness of God to answer your prayer creatively, you hear words of doubt in your mind. That check would have come in the mail anyway, whether I’d prayed or not . . . wouldn’t it? And suddenly, after a few moments, it doesn’t seem like such a miraculous answer to prayer after all.

It is easy to “explain away” answers to prayer, as my friend and pastor Don Lamb often terms it. Offer a natural explanation in one’s mind for an outcome to a situation.  These seeds of doubt often steal into my mind, no matter how tremendously The Lord comes through.

One morning, when my daughter came downstairs, I realized that the cold she’d started coming down with the night before had vanished. I had prayed over her at bedtime, rebuked the illness, and kissed her goodnight. That morning, it dawned on me that instead of getting progressively worse, her nose and eyes had cleared. She was without fever, perfectly well – my prayer had been answered! I thanked the Lord out loud as I gazed at her. But then the thought entered my mind, “Well, her body just fought it off.”

As I turned this new thought over, I was suddenly convicted that if I chose to believe it after the Lord answered my prayer, I was denying God the glory due His name. Never before had I seen with the eyes of my spirit the terrible wrong in explaining away answered prayer.

Furthermore, it hit me then that when we fail to give God the glory for answered prayer, we also fail to build up our faith in Him – the faith that pleases Him (Hebrews 11:6) and acts as the catalyst to advance His kingdom here on earth.