MOB RULE and the Kingdom of God

Self-inflicted wounds: when the Body hurts its own members

Change your mind, because the Kingdom is within reach 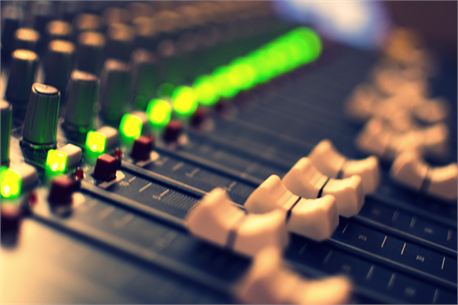 The following is a guest blog from Pastor Don Lamb of Lifegate Church:

“The next day the great crowd that had come for the Feast heard that Jesus was on his way to Jerusalem. They took palm branches and went out to meet him, shouting, ‘Hosanna!’ ‘Blessed is he who comes in the name of the Lord!’ ‘Blessed is the King of Israel!'” John 12:12-13 (NIV) . . .

“Wanting to release Jesus, Pilate appealed to them again. But they kept shouting, ‘Crucify him! Crucify him!’ For the third time he spoke to them: ‘Why? What crime has this man committed? I have found in him no grounds for the death penalty. Therefore I will have him punished and then release him.’ But with loud shouts they insistently demanded that he be crucified, and their shouts prevailed. So Pilate decided to grant their demand.” Luke 23:20-24 (NIV)

“For the time will come when men will not put up with sound doctrine. Instead, to suit their own desires, they will gather around them a great number of teachers to say what their itching ears want to hear.  They will turn their ears away from the truth and turn aside to myths.” 2 Timothy 4:3-4 (NIV)

A generation that changes on a whim

We live in a generation that can change on a whim. It is a generation that the loudest shout wins the day. If you can protest, occupy, get out the vote, make your voice heard, and get people to sign petitions, you win the day. The problem is, this does not always end serving the best interest of the nation or the people. As the old proverb says, “The squeaky wheel gets the oil.” But maybe the squeaky wheel is broken and needs repaired instead of all the oil.

Dietrich Bonheoffer wrestled with this very challenge during the rise of Nazism. He talked about the power from the masses below as opposed to the power from Above. He offended many people talking about how Hitler was a Fuehrer from the masses, not a leader from God. We have come full circle to a period in history that reminds us of those days. The mob is the most powerful voice in our day and it is scary because no one knows what the voice will say tomorrow.

As the verses show above, the starkest reminder of mob rule was the Jerusalem crowds in the last days of Jesus’ earthly ministry. One day they are welcoming Him to the city of David and laying down palm branches to their King. But within five days the same crowd is won over by the Elders and they are shouting “Crucify Him!”

What this has done to the church

I’ve been meditating on the vast change of our moral landscape in America over the last two or three generations and how the loudest voices seem to win the day. I applaud those who have not changed or compromised to these voices, though sometimes I have fallen into frustration and anger and resentment toward those who have given in to the mob.

What has really challenged my heart recently is to realize that, to a large extent, many church leaders and seminaries are ruled by the mob. A focus group comes along and says we need to accept this new “lifestyle” as a part of “normative” Christian faith and presto a “scholar” or professor begins suddenly to teach and write that what was previously scripturally sin is now an acceptable lifestyle. And then they call it revelation. I call it mob rule.

Again,  in the same spirit, a certain truth in Scripture like the resurrection of Christ or the atonement, or the exclusivity of His claim as the ONLY Savior of the world, and the mob says, “This is offensive, we need to change that, it’s too prideful of Jesus to declare that He is the “only way” and have the Church repeat this teaching. We need to be inclusive and accepting.” So once again, a teacher, professor, or scholar produces the “doctrine” that the mob is demanding be rewritten. And he is considered brilliant and “in touch” with our generation. This is morality and doctrine by mob rule, not by the leading of the Holy Spirit. This is morality and doctrine “made to fit” the demands of an ever changing mob.

From truth to fiction

It is very interesting that Paul uses the phrase that they turn from the truth to “fables.” The word fable literally means “fiction.” So the mob is offended by the truth and the way the post modern and compromised church leaders of America respond to a generation offended by the truth, is come up with fiction to satisfy them.

When enough people want something they get what they want. Our modern Christian seminaries and post modern leaders have given the mob what they want. They are now getting fiction in place of the truth.

Praise God for those who will not bow to the demands of mob rule. But increasingly they are made to look prideful and out of touch. May the glory of the Lord reveal what is truth and fiction in our day as they stand unashamed of the Gospel of Jesus Christ no matter what the mob screams.