The sword in your mouth 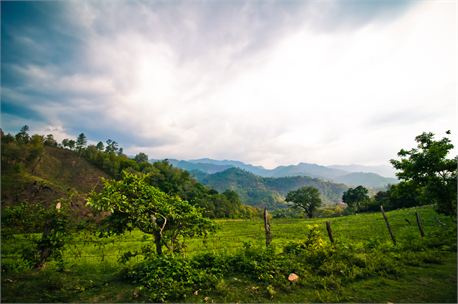 Have you heard what’s happening in Honduras? The country plagued by dire poverty and known for having the murder capital of the world (170 for every 100,000 people in its second largest city of San Pedro Sula) is experiencing massive revival!

In July of this year, 2,000 U.S. missionaries visited every capital city in Honduras and preached the good news, distributing at the same time literally tons of shoes and meals. The event was entitled “One Nation, One Day” and was organized by Dominic Russo, founder of the nonprofit Missions.Me. It was attended by an estimated half a million Honduran people. Hundreds of thousands of booklets on salvation, healing, and the Holy Spirit were also handed out.

Honduras’ government even got on board with the event, with Honduran President Porfirio Lobo Sosa legally naming “One Nation, One Day” a national holiday.

Russo was burdened for the people of Honduras after visiting the country ten years and seeing its devastation. He was challenged by the question posed in Isaiah 66:8, “Can a country be born in a day or a nation be brought forth in a moment?” He held tightly to this seed that God gave him ten years ago…and the Lord is doing marvelous things!

May we here in the United States be challenged and moved to pray for our own nation with added faith and confidence in the willingness of God to move His hand at the behest of our prayers as we intercede for lawlessness to be brought into order through His revival. He can and will restore peace to our schools, our government, our neighborhoods, and even our inner cities if we’ll simply call on Him!

For more exciting details of what has been taking place in Honduras, check out Christianpost.com or Charismanews.com