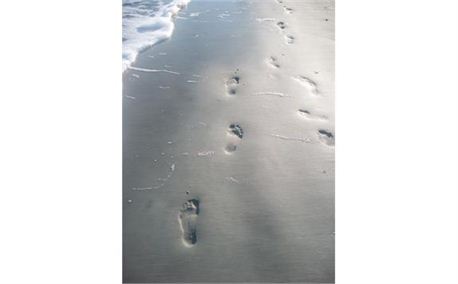 I flipped on the TV recently and caught a few minutes of a popular sitcom that ran in the ‘80s and ‘90s. As I watched a few minutes, I marveled at how innocent the dialogue was, how straightforward and understood the values and family ideals which were advocated. And this was an NBC comedy from only twenty years ago!

While it’s normal for every generation to bemoan its culture and its youth, certainly where we’re at right now in America is exceptional – school shootings the norm on a given news day, unconstitutional laws forced on the citizens, drugs legalized in some states even as addiction soars and schools demand more money to educate on drug use. Families are being ripped apart by divorce at staggering numbers, even as individuals living in various forms of perversion gain free access to children.

The sheer madness of our current culture makes me think that if our founding fathers could come back in the flesh for one day, they would weep in sackcloth and ashes. What a tragedy that so many lives of so many generations were given in wars that this nation fought – so our framework could be shredded and we could become an abomination on the planet, a stench in the nostrils  of God!

I’ve found myself longing lately for simpler times, when the foundations weren’t destroyed (Psalm 11:3) and the security walls were intact. When the times were not so violent and chaotic compared to today.

However, the Lord has been speaking to me about this very firmly. I share this because what He is saying to me is doubtless a word for others as well. “I appointed you for these times, to  be a warrior standing up against the unprecedented forces of darkness unleashed on the nation.” He has underscored Isaiah 58:12 to me as a personal promise, and assured me of His faithfulness and His protection even as I “dwell among the tents of Kedar” and those who hate peace (Psalm 120:6).

The surpassing word that He has given me and which I share as applicable to anyone reading this who can relate to these sentiments is “GLORY.”  As dark as it is around us, as horrific has our world has become, this generation will see the glory of God like none other before it. That is the promise I am contending for, the hope that I have that makes me believe it is better to live now amidst the madness and uncertainty of these days than it was to dwell in the milder calm and safety of yesteryear.

“The glory of this present house will be greater than the glory of the former house,’ says the LORD Almighty. ‘And in this place I will grant peace'” (Haggai 2:9).  The prizes and promises of the Kingdom of Heaven to which this generation is entitled I believe will outshine every previous one – but we must contend for them!

Indeed, where else can we go, but toward His presence and toward His immeasurable glory, and seek with all our heart and soul and strength to bring that glory to earth!