Emily Tomko
Spiritual Growth, State of the nation
Choose this day whom you will follow, count the cost, Lordship of Christ, persecution in America, religious persecution and gay rights, the cost of discipleship

Greater is He that is in you 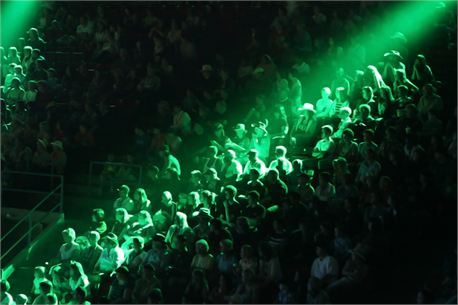 Perhaps it was with a Sunday school teacher. Maybe it was at a retreat. Perhaps a parent prompted it. Many of us remember precisely when we gave our hearts to Jesus. But at that moment, did we also count the cost of being His disciple?

In Luke 14, it says that large crowds were following Jesus. The masses were enthralled by what He was saying and doing. He held an attraction for the multitude. He gave them what they craved.

But in the context of these large crowds, Jesus turns and says:

“If anyone comes to Me and does not hate his father and mother, wife and children, brothers and sisters, yes, and his own life also, he cannot be My disciple. And whoever does not bear his cross and come after Me cannot be My disciple. For which of you, intending to build a tower, does not sit down first and count the cost, whether he has enough to finish it— lest, after he has laid the foundation, and is not able to finish, all who see it begin to mock him, saying, ‘This man began to build and was not able to finish’?

The picture Jesus uses of one who follows Him without considering what might be required is that of someone who starts out with a grandiose idea, then realizes smack in the middle of it that he can’t follow through. The implication is that his position is worse off than had he never begun; he’s a laughingstock.

Or what king, going to make war against another king, does not sit down first and consider whether he is able with ten thousand to meet him who comes against him with twenty thousand? Or else, while the other is still a great way off, he sends a delegation and asks conditions of peace. So likewise, whoever of you does not forsake all that he has cannot be My disciple.

Here Jesus uses an illustration of being ill-prepared for war if someone hasn’t thought about what will be demanded. The outcome of not counting the cost of what is needed to do battle speaks of surrender, of compromise.

I wonder whether even as the words left his mouth, the crowd following Jesus began to thin?

In the United States, many of us were introduced to godly teaching and encouraged to make a commitment to Christ. While our repentance was genuine, we perhaps were never challenged by our teachers, mentors, pastors, parents, or peers to consider the fact that this decision will cost us everything – that we’re to be prepared for estrangement from loved ones, a job, imprisonment… perhaps our very lives.

This generation might be the first ever in the nation to face collectively the reality of discipleship with Christ. In light of the persecution that has been unleashed just recently on Christians professing Biblical standards, it is time to count the cost. What is dearest to you? Your home, your children, your  freedom? Are you willing to entrust it to the Lord for His sake? This might mean your business, your family, your very life threatened. You may spend time in jail if it becomes illegal to profess your faith. Are you up for that? Now is the time to decide, for if we’re not willing to part with any one of these things for the sake of the kingdom, Christ says we can’t be His disciple.