Greater is He that is in you

Emily Tomko
Prayer, Spiritual Warfare
God's kingdom on earth, Greater is he that is in you than he that is in the world, Holy Spirit and prayer, my grace is sufficient for you for my power is perfected in weakness, power of prayer, spiritual warfare

Our Family in Egypt 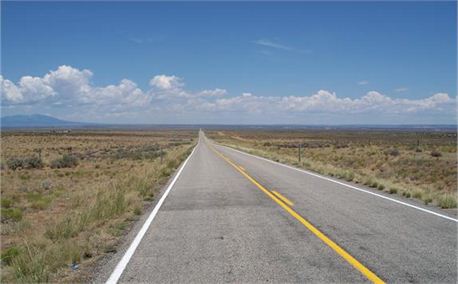 I’m not in the habit of picking up hitchhikers, but I offered the lady a ride because it was hot and she looked to be about 70 years old. Shortly after she got in the car, it dawned on me that she was paranoid schizophrenic. I wasn’t sure I’d made a good decision in being a good Samaritan, but it was a little late. (I wasn’t overly fearful of being in the car with her, but I did size her up and figured that even if she pulled something weird, I could take her).

I was praying silently the whole time she gesticulated wildly and rambled on about the people who were after her, the crazy stalking games they played, the anxiety attacks that she had. My heart went out to her, but what could I possibly do?

Arriving at her destination, a local bank, she didn’t get out of the car, but continued yelling frantically about estranged family and friends, and the regret of divorcing her first husband. At one point, she let it be known that she was a Reiki master (which may or may not have accounted for the some of the fact that she was clearly demonized).

I repeated my offer to pray for her before I left, and she consented to this. Placing my hand on her shoulder, I prayed my best prayer, and then wrote down the name and address of our church (which was a few miles from the motel she was living in) and invited her to come. Finally, about ten minutes after this, and a lot more wild talk, she got out of the car.

As I drove away, I thought how inadequate my prayer seemed in comparison to all that was wrong with this tortured soul. She clearly needed a deliverance session – probably several – along with some practical help and the walking out of her various troubles.

Later, however, as I fretted over what more I could have done for her, I sensed the Lord saying, “Greater is He that is in you than he that is in the world. My power is made perfect in weakness, my grace is sufficient.” A friend agreed that it was a divine appointment.

Whenever the kingdom of Heaven is brought into a situation, no matter how destructive it may be and how lost the person may seem, I have to believe that the sheer goodness and kindness of God will impact them beyond what we can see, because greater is He. I have to believe that the Creator of the universe is able to make a tremendous difference wherever He is invited in, even with the most impossible situations and lost causes, because greater is He.