“Lift up your heads, O gates, that the King of glory may come in!”

Contending for Climate Change: “Let justice roll down like waters” 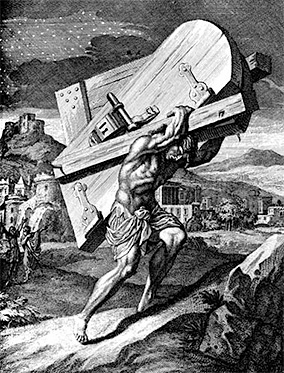 God is speaking about the places of entrance and authority over the land.

For the last twelve months the Lord has highlighted, impressed upon me, and essentially flooded my consciousness with the word “gates.” Everywhere in scripture I keep seeing it pop up. My prayer journal is peppered with the word. Fellow believers with whom I share this each have a different interpretation of the significance of the word “gates;” I’ve written each one down and pondered them because I believe all are potentially valid.

One passage in particular God seemed to highlight is regarding Samson. “Now Samson [was with a prostitute] until midnight, and at midnight he arose and took hold of the doors of the city gate and the two posts and pulled them up along with the bars; then he put them on his shoulders and carried them up to the top of the mountain which is opposite Hebron” (Judges 16:3, NASB).

Meditating on that particular account, here is what stands out:

Samson pulls these gates away quite easily while those who hate him lie in wait to capture and kill him, not realizing he has in the meantime inflicted seismic damage upon their camp.

“Since when do gates have heads?”


A friend with whom I shared my “gates” proliferation told me that she’d been drawn to Psalm 24:7-10 which says, “Lift up your heads, O gates, And be lifted up, O ancient doors, That the King of glory may come in! Who is the King of glory? The Lord strong and mighty, The Lord mighty in battle. Lift up your heads, O gates, And lift them up, O ancient doors…”

“Gates don’t have heads,” she said. “What does this mean?” While on a missions trip involving top diplomats in a closed nation, she realized that it had to do with getting access to authorities there. This is the scripture she prayed, and God granted her and her team unusual favor.

“Open for me the gates of righteousness, that I may enter!”

What are the places of entrance, power, and authority that the Lord wants us to take? What enemy strongholds does He want His church to lay hold of? This is what I began to ask the Lord during my morning devotions. He’s led me to pray for government, education, entertainment, the international community, media, healthcare, school boards, foreign rulers, and CEOs. He has given me prayers and words of knowledge which I’d never have thought up myself. The Lord revealed powerfully in the spirit how righteousness on the part of people here in this nation would impact those around the world.

Others have blessed me with further interpretation of the significance of gates. One friend showed me a video clip of a prophetic word involving Bill Gates. Scripture says we enter His gates with thanksgiving (Psalm 100:4). The church is the gate of heaven to earth. (It wasn’t until recently that it occurred to me the name of my church is Lifegate, apropos to this word).

The Lord wants His church to storm the gates of the enemy’s territory and bring His glory to the dark places of the land. Jesus said that He would build His church and the gates of hell would not prevail against it” (Matthew 16:18). I do not think it is coincidental that many “high places” of our culture are taking a hit – Hollywood, the NFL, media outlets – and many of the gods of this age are being exposed and their glory tarnished.

One afternoon I was driving and caught just the opening segment of a talk radio program. The host shared some news favorable to what I’d been praying. As I listened, a tune came suddenly to mind. I shut off the radio and “listened” because the way the song came to me, I felt, was of the Holy Spirit. It was from the soundtrack of The Wizard of Oz, which I hadn’t seen in many years.

The only words I knew from the song were the first few, and with those, I was able to pull it up on youtube. Finding a video with lyrics, I pulled over to the side of the road. I was blown away as I read the final lines:

“You’re out of the woods

You’re out of the dark

You’re out of the night

Step into the sun

Step into the light.

Keep straight ahead for the most glorious place

On the face of the earth or the sky.

Hold onto your breath

Hold onto your heart

Hold onto your hope

March up to the gate and bid it open, open.”

What are the GATES God wants you His church to take?