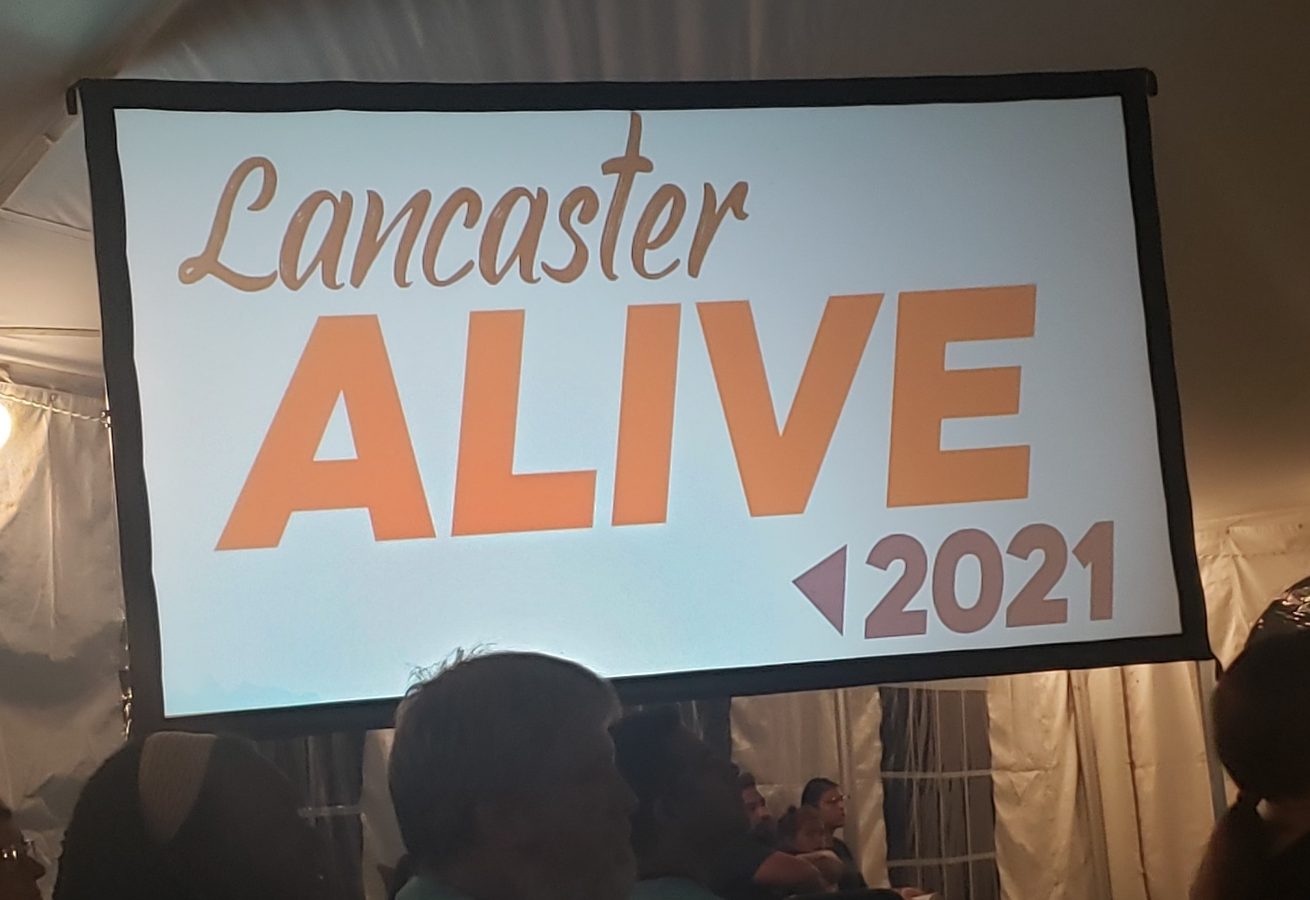 What happens when your best laid plans for God get waylaid?  Prepare for Him to do beyond what you could ask or imagine!

Leaders of a network of churches attempted to find connections in Lancaster City (PA) to hold an evangelistic outreach with Jonathan Conrathe and his team from the UK, just as we did two years ago in the nearby city of Harrisburg.

God supernaturally connected these leaders to other local pastors. As more ministries began hearing of the plans, they eagerly stepped forward to join in the details. One veteran city pastor remarked that he had never before worked with a group of bishops and pastors in which there was such a spirit of unity and love, and such an eagerness to serve one another across denominational and ethnic boundaries.

Disappointment and the Lord’s response

But six weeks ago, citing covid, our British evangelist friends were denied visas by the U.S. government.

As the pastors and leaders pondered what to do with this disappointing news, God said to them, “You were planning for an event but I, the Lord of the Church, have bigger plans. I am calling my people to work together as one body, one flock. Up until this point you’ve been separated into your individual domains. Now I am calling you to let me be Lord over the Church and I am calling you to let the boundaries serve me instead of you serving the boundaries. I am preparing a beautiful bride who will be able to welcome in the Harvest that I am bringing.”

Friday evening under an enormous tent next to the Spanish First Assembly of God church, worship filled the air. Choruses were sung in English, then Spanish. A sweet atmosphere pervaded. There was freedom to dance for those who desired.

One man who freely danced before the Lord did not do it out of pride, we were later told by his pastor. “I won’t give Jimmy’s testimony tonight, but if you knew how God delivered him out of the belly of hell,” his pastor explained, “you’d dance, too.” The pastor said that Jimmy just turned 70 and was given his first ever birthday party and cake by the congregation.

More than one person observed that Friday evening and the following Saturday and Sunday nights, in the presence of pastors from 14 ministries and churches and cultures all honoring one another, sharing the microphone, and worship seamlessly transitioning in both languages, “I’ve never seen anything quite like this before.” 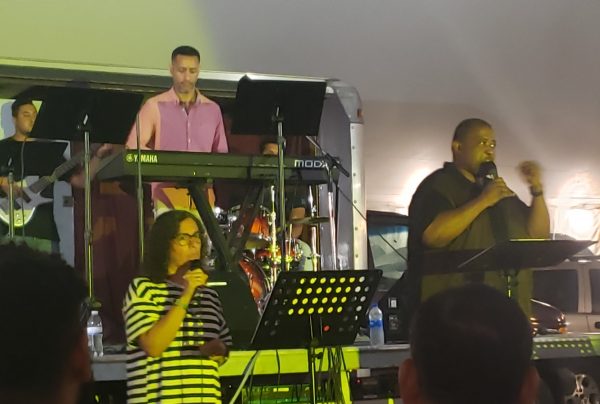 
Saturday morning it was time to hit the streets. At 10 a.m. about 30 of us gathered for basic training under the tent. Then we informally divided up, with those who spoke Spanish raising their hands and the rest of us clustering around them so as to have bilingual representation.

Five of us, all perfect strangers (with the exception of one woman in our group who knew me), ventured out. In retrospect, some pre-planning may or may not have been helpful. I proposed we go into the worst neighborhood possible. So we just struck out where we saw people, and eventually did end up in what the home-grown Lancaster guy in our group described as “the projects”.

It was the best way to spend a morning. 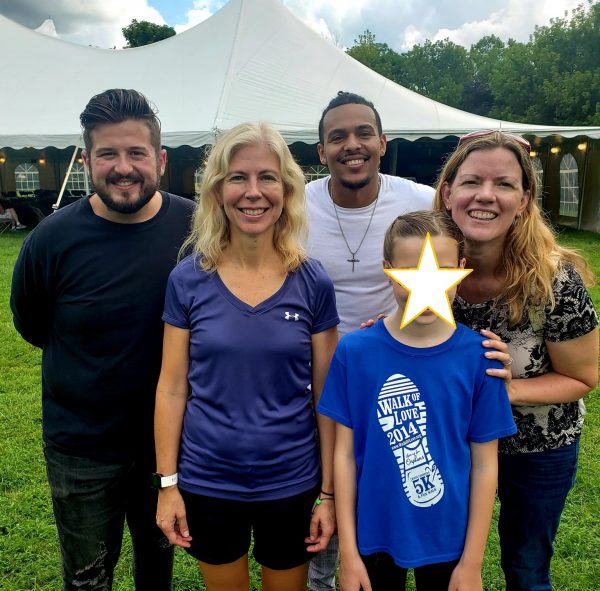 Seeing neighbors sitting out on their porches and stoops just enjoying being neighbors, praying over some with injuries, hearing people’s stories, listening as folks poured out their hearts, and watching the other woman in my group use a simple evangelism tool to lead people in a prayer of repentance – does it get any better?

The common thread of Christ held our little band together, although we represented quite an age, ethnic, and background difference. We enjoyed learning each other’s stories as we roamed the many blocks in the August heat.

My fifth grader came with us. She handed out fliers to children or tucked them in the doors of houses to notify residents that there were pony rides and a tractor train that afternoon at the church.

When families showed up later, the pony rides, food, tractor, and bounce house could only be enjoyed while getting a full blast of powerhouse testimonies coming out of the nearby tent speakers from former gang members who’d grown up in the city, came out of addiction and prison, and were now sold out to Jesus Christ! 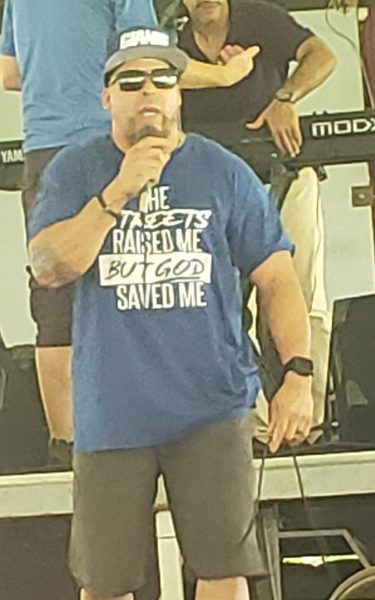 Leave the Old Man in the water

The highlight of the weekend was the call to baptism Sunday night after a short message by one of the pastors.

“Baptism has been called an outward symbol of an inward change,” Pastor Matt preached. “And it’s certainly that. But it’s so much more.” Citing scriptures, Pastor Matt explained how there is a spiritual transaction that happens at baptism, and why it is so important to get rid of the stuff from your past that clings to you as seek to move forward in Christ.

A stock watering tank was filled. One by one, these dear ones came forward. We had no robes, but one of the pastors spoke to any would-be hesitancy, saying, “Your jeans will dry!”

Raphael, who my friend’s husband led to the Lord the morning before, had a different countenance as he emerged. “I felt resentment lifting off of me,” he reported, beaming. 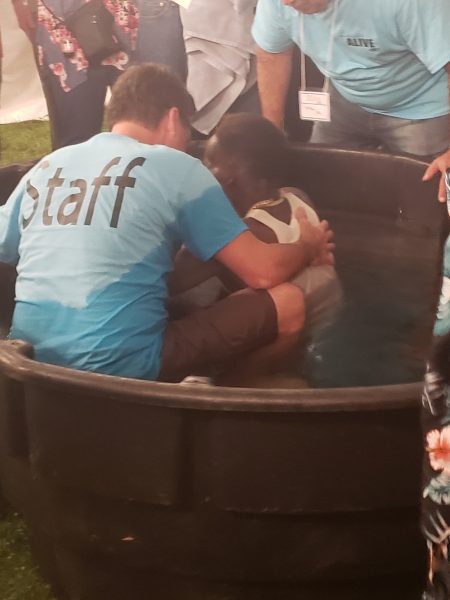 Now to Him who is able

While this is wildly exciting, we believe this is just the very beginning of what the Lord is doing in the Red Rose City. We are already praying about the next steps.

I remember one night back in June my friend Sonya prayed for this event. She said, “Lord, even if Jonathan can’t make it, let us not put our trust in a man or a ministry, but in You.”

How the Lord answered that prayer!