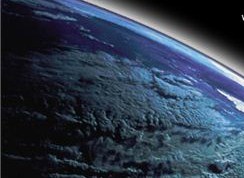 The following blog was written by Glenn Walker, Executive Director of On Beyond Sunday School. Glenn, a former physics teacher, has degrees in both mathematics and physics, including advanced degrees in both statistics and divinity

The Broad Voice of Science

To hear the modern voice of science today, you might walk away thinking that the science community speaks with a single voice. Yet the science community is not as united as its more vocal spokesmen, premier among them Richard Dawkins, would have you think. Dr. Dawkins went as far as to say, “Evolution is a fact. Beyond reasonable doubt, beyond serious doubt, beyond sane, informed, intelligent doubt, beyond doubt evolution is a fact…No reputable scientist disputes it.”  (Dawkins: The Greatest Show on Earth: The Evidence For Evolution. Pp 8-9.)   Dr. Dawkins with a single sentence in his preface has referred to the following Nobel Prize winners as “not reputable”:

The two cited is hardly an exhaustive list.  The Creation Research Society alone is supported by 1600 members and subscribers.  Science Digest reported that “Scientists who utterly reject evolution maybe [sic] one of our fastest growing minorities in the scientific community.”  Larry Hatfield, “Educators Against Darwin,” Science Digest Special (Winter 1979), pp. 94-96.

The problem with what vocal science says is that conclusions drawn about the earth’s origin is not strictly science.  Science, as defined by Merriam-Webster, is the “systematic knowledge of the physical or material world gained through observation and experimentation.”  “Observation” means they watched it happen.  Dogs bear their young in litters, and science knows this because they watched it happen an adequate number of times and under sufficiently varied conditions that the world – the believing and unbelieving world alike – rarely put up any responsible objection to refute it.

“Experimentation” is different from observation in just a single respect: In observation, the scientist himself causes no interference.  But it is valid science for the scientist to change a single element in the process.  Observation adjusted for this single element that the scientist is permitted to manipulate is called “Experimentation.”  Suppose the question is Can dogs talk? This question cannot be answered by observation because the question is “Can they…” and not “Do most of them do…”  It is already known going into the scientific process vis-à-vis the hypothesis that if indeed dogs can talk, so few do that it would take far too long before we find a single dog that does talk.  So we experiment.  We introduce a trainer that takes time away from normal dog activity of fetching sticks and burying bones, and replaces that activity with language lessons.  The adjusted observations can be performed on much fewer dogs, and the failure of even a single dog to say “Mama” leads the scientist to conclude that dogs cannot talk.  This is “experimentation.”

[The example was chosen for simplicity.  In practice, the scientist would explore the biology of dogs and observe that the body parts that generate speech are not present in a dog’s anatomy.  This is the process by which we know that dogs are colorblind: The substance in the human eye by which we perceive color, called the “rods,” is absent in the canine eye.  Yet science should take pause.  For they know that cats purr, though they do not (as I write this) know what substance in a cat causes this.]

During experimentation, it is the scientist’s absolute responsibility to assure his audience that when he adjusted that single element, nothing else changed – even by accident or by another element being adjusted automatically.  Otherwise the scientist has no means to discern which effect (the intentional effect or its consequence) was causing the effect he is attempting to announce.  For example, even if the speech trainer had taught the dog to talk, the scientist cannot conclude that trained dogs can talk.  Further experimentation is required to determine if the reason they could talk is the training, or the deprivation of the time burying bones.  There is no laboratory anywhere where the origin of the earth can be observed or experimented.  Therefore, according to Merriam-Webster, the study of the earth’s origin is not strictly science.

Now, buried inside all this process is the fact that if the scientist overlooks even a single item of relevant information, he exposes himself to getting the wrong answer.  The following example is reported as true.  Even if it was made up, it illustrates the challenge quite nicely:

During World War II, a panel of former fighter pilots was interviewed to express their opinion of where the Japanese aircrafts were the most vulnerable.  The panel was in fairly close agreement that the Japanese attack from the left was treacherous.  So the military leadership took those results and instructed pilots in training to be trained to attack on the right.  But contrary to expectation, fatalities went up and not down.  But what about the scientist’s finding?  In retrospect the defect in the scientific method became obvious: the scientist’s observations were limited to pilots who survived their missions.  The panel members survived because they attacked the weak side, and only perceived it to be to be treacherous because they had nothing to compare it to.

So several disciplines of science have observed the red shift and the Doppler Effect, which may be real, and cannot be ignored by evangelicals. Star color, the Uranium-238 decay, Global Clusters, data from quasar light sources, cepheid variable stars…The believer in the six-day creation has no leg to stand on, right? All the scientific sources seem to provide the same answer (within a billion years or so) that the earth is about 14½ billion years old. Can I reasonably open Genesis 1 and 2 and say that all those voices are wrong?

Well, perhaps. But it still remains a stretch to call all of this “science.”   It is data collected using the most impressive of scientific methodology available. Yet still, the origins of the universe can neither be experimented nor observed.

The Modeling Approach to Science

This is solved through interpolation.  Two scientists may use two different sets of interpolation assumptions (the weakness of the Modeling approach is that the results always depend on the assumptions of the scientist), but almost every model will generate an answer that is higher than $250 and lower than $500.  In extrapolation, you are given the prices to Chicago and to Denver, and you are asked to estimate the cost of a train ticket to Los Angeles.  But all extrapolation models – and all age-of-earth models are extrapolations – have one nasty assumption that the scientist has no choice but to assume: There is nothing irregular between the most extreme point within the known data and the target point of estimation.  For instance, suppose you have the prices for train tickets to each of Chicago, Denver and Los Angeles.  Estimate the price of a train ticket from Baltimore to Tokyo.  The scientist must be aware that there is an oversized river between Los Angeles and Tokyo.  Otherwise he will get the wrong answer.

Modeling extrapolations by a Geneticist have the further caution that they take known values back to no earlier than 1800.  The data bases simply are not that reliable before then.  They can test the model for reliability using data that goes back to (say) 1900, and test themselves on whether their models can anticipate the data back to the earliest periods in their data base.  Once a model is validated, they project the data back to 14½ billion BC.  This is somewhat equivalent to having prices of train tickets to Chicago, Denver and Los Angeles, and extrapolating to determine the cost of a train ticket to Jupiter.

Nonetheless, were I to agree that everything has worked linearly (no changes in conditions considered non-changing) from the earliest of days of the earth’s beginning, and there were no oversized river in history, then I would have no choice but to submit to all the evidence presented.  But even science concedes that if there is one “oversized river,” that is, just one piece of relevant data that the model overlooks, then they expose themselves to arriving at the wrong answer. And I remain unpersuaded that science has properly taken into account the intervention of God in the affairs of history.

The Folly of Scientific Proof

There are many areas of science that Richard Dawkins never talks about that actually support Genesis.  And though it is not “never,” I choose rarely to talk about them as well.  This is not because I lack the confidence or the conviction.  It is because it doesn’t really make a difference, and can actually be dangerous to your spiritual eternity.  Readers who are science oriented will learn them anyway.  The rest will waste memory cells trying to keep the issues memorized with no real basis of understanding.  You have better ways to glorify God than to spiel off isolated facts in a language system that may as well be foreign.  All you really need to know is that all so-called scientific conclusions regarding the earth’s origins – without exception whether supporting creation or evolution – assume that no One in the entire scope of history inserted an “oversized river” between Los Angeles and Tokyo.  Of the models that support an age of earth in the billions, the red light shift assumes a speed of light that has never changed.  Arguments arising from the Uranium-238 levels all assume a constant decay rate from day one.  And with all the changes to the laws of physics after the flood (Genesis 8:22 mentions that from the day Noah disembarked, the world would now behave in a predictable order, evidently implying that prior to the flood, it was not so) the assumption that no physical laws have changed loses strength.

But the more cogent problem to seeking a solution through science is that if it were ever proven to you that God is true, then you would forfeit any chance you ever had to accept Him by faith.  If you ever prove God true, then salvation becomes unreceivable.  For salvation comes by faith, and once something is seen, it is no longer faith.  And Thomas is inadequate as a counterproof.  Thomas was viciously scolded by our Lord for requiring proof.   And he likely got away with it only because the Holy Spirit had not yet descended on man.  There is no reason for a man to desire Thomas’ route to salvation.

But within that same vein, there is a more important question that each one of you must answer.  Suppose it were possible for science to solve God (and I remind you that it is not).  Further, suppose that science – now having accounted for the intervention of God, has proven that mankind is billions of years in the making, and that our forefathers were in fact mules, fish and pigs.  You would be left with two conflicting testimonies of how the earth began.  Would you place your trust in the God who was there?  Or would you place your trust in a man who worships the god of science?

Choose you this day.

Please check out Glenn Walker’s blog On Beyond Sunday School for more insights and teaching.