The Antidote to Depravity

You are a prayer warrior 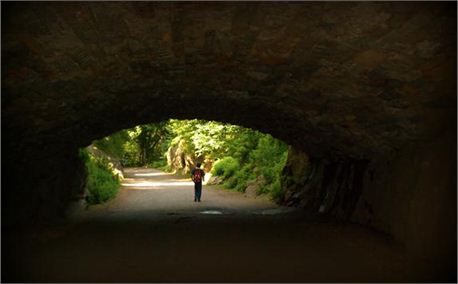 The first chapter of Romans states that one of the causes of sexual perversion begins with the failure to be grateful to God. “For even though they knew God, they did not honor Him as God or give thanks, but they became futile in their speculations, and their foolish heart was darkened. Professing to be wise, they became fools, and exchanged the glory of the incorruptible God for an image in the form of corruptible man and of birds and four-footed animals and crawling creatures.

Therefore God gave them over in the lusts of their hearts to impurity, so that their bodies would be dishonored among them. For they exchanged the truth of God for a lie, and worshiped and served the creature rather than the Creator, who is blessed forever. Amen.

For this reason God gave them over to degrading passions; for their women exchanged the natural function for that which is unnatural, and in the same way also the men abandoned the natural function of the woman and burned in their desire toward one another, men with men committing indecent acts and receiving in their own persons the due penalty of their error” (Romans 1:21-27).

To summarize, one of the root causes of homosexuality in a society, according to Romans, begins with a failure to honor and thank God. It is from this initial improper mindset of an ungrateful heart that a decline begins into other distorted outlooks.

There has perhaps been no other political or social agenda as aggressive in America in the last few decades as that of the homosexual community. As highlighted in a previous blog, “tolerance” is on a collision course right now with the church. Why does anyone care whether the church accepts homosexuality and no longer calls it a sin? Why does my agnostic friend post all over Facebook an article on some Episcopal priest tolerating homosexuality? Why should she care, if my friend doesn’t put any stock in the church to begin with? The answer is that the kingdom of darkness is seeking to compromise the church, and is doing so through its subjects. There are things in contemporary culture that the church simply cannot tolerate without compromising Christ. If it cannot achieve this end goal, murderous anger is the reaction. The immediate threat to the church if compromise cannot be achieved is violence and other forms of persecution.

Because America has been blessed beyond any other land, in every conceivable way given more freedom, more material wealth, more favor, we should be a more thankful and grateful people than any other. Is it our complaining, our entitlement mentality, and our forgetfulness in the light of so much blessing and grace that has ultimately has led to our modern hallmark of sexual depravity?

The appropriate response from the church

If a lack of gratitude puts the wheels in motion for a culture of depravity, it is logical to conclude that giving thanks is one of its remedies. Under Levitical law, thanksgiving was a voluntary sacrifice made to God. Giving thanks is explicitly mentioned or instructed over 130 times in scripture, under both the Old and New Covenant.

Thanksgiving is spiritual warfare that releases God’s blessing into a situation or person. When Jesus miraculously fed the four thousand from seven loaves, before the bread was multiplied, He gave thanks, Matthew notes. Psalm 100:4 instructs us that the way to enter the Lord’s gates is with thanksgiving.

I am challenged to become actively and assertively thankful, and to be thankful even for difficult people and circumstances. To offer the sacrifice of thanksgiving continuously affords us the proper perspective and right mindset. Colossians 4:2 says, “Devote yourselves to prayer, keeping alert in it with an attitude of thanksgiving.”

Judgment begins with the house of faith (1 Peter 4:17). It is up to the church to right the damage that has been done due to thanklessness and a failure to honor God. “He who offers a sacrifice of thanksgiving honors Me; And to him who orders his way aright I shall show the salvation of God” (Psalm 50:23).