In a vision, the prophet Ezekiel sees incense being offered up to demons and the worshipping of the sun, by the people of Israel and their elders too, in the temple of Jehovah. Each time Ezekiel views the loathsome practices happening in this sacred place, he is told, “Look again, and you’ll see things that are even more detestable” (Ezekiel 8).

“Have you seen this, son of man?” the Lord asks. “Is it a trivial matter for the people of Judah to do the detestable things they are doing here? Must they also fill the land with violence and continually arouse My anger?” (Ezekiel 8:17).


The wickedness of God’s people provokes a response to His holiness: He must render swift and severe judgment on the nation. Just before He instructs His angels to carry this out, He tells them, “Go through the midst of the city, through the midst of Jerusalem, and make a mark on the foreheads of the people who groan and sigh over all the abominations which are being committed in its midst.” (Interestingly, the mark here is a Tau, the last letter of the Hebrew alphabet, which was in the shape of the cross).


Among God’s people who are called by His name are a remnant that mourn the vile practices pervading the land.

This passage jumped out at me recently, and I believe the Lord would have His people understand what it means to groan over the abominations in our land. There are numerous abominations in our own land here in the United States. But the detestable practice of abortion is a sin our nation bears that God will not continue to tolerate. We’re approaching the tipping point.

The groans of the Spirit and the Bride

The sacredness of Imago Dei is no longer reality in our culture. Worse, much of Christendom is desensitized to this horror in our midst, sometimes glibly parroting the rationalization of the world in the face of babies slain and dismembered at the hands of their own parents.

The Holy Spirit intercedes for His church with groanings too deep for words, Romans 8:26 says. There’s a point in which we run out of speech. We are too overwhelmed by the injustice, the bloodshed, the loss – by all that grieves the Father’s heart.

I’ll never forget the time the Lord allowed me to feel for just a moment what He feels toward the violation of His law as it pertains to the slaying of innocent children by abortion. It was unbearable.

If I am indeed His friend, the only fitting response is to take a stand against this great evil in prayer and in deed.

The Lord would have His people understand what it means to groan in prayer.

A cry for righteous judges

“How long will you judge unjustly and show partiality to the wicked? Defend the cause of the weak and the fatherless; uphold the rights of the afflicted and the oppressed. Rescue the weak and needy; save them from the hand of the wicked” (Psalm 82:2-4). “Learn to do good; seek justice, correct oppression; bring justice to the fatherless” (Isaiah 1:17). “Speak up for the poor and helpless, and see that they get justice” (Proverbs 31:9, NLT). ” ‘He took up the cause of the poor and needy, and so it went well with him. Is this not what it means to know Me?’ declares the LORD” (Jeremiah 22:16).

Scripture stresses that there is something very specific about the groans, sighs, and cries of God’s people that reaches His ear and moves His hand.

“Because of the devastation of the poor, because of the groaning of the needy, now I will arise,” says the LORD (Psalm 12:5).”I have indeed seen the oppression of My people in Egypt. I have heard their groaning and have come down to deliver them” (Acts 7:34, Exodus 3:7 and 6:5). “For the LORD was moved to pity by their groaning because of those who afflicted and oppressed them” (Judges 2:18). “May the groans of the captives reach You; by the strength of Your arm preserve those condemned to death” (Psalm 79:11). “For we know that the whole creation has been groaning together in the pains of childbirth until now” (Romans 8:22).

“You will incline Your ear, to do justice to the fatherless and the oppressed” (Psalm 10:18).

Will you take a moment from the demands of your day to mourn that which injures the Father’s heart and to cry out for justice for the least of these in our society? 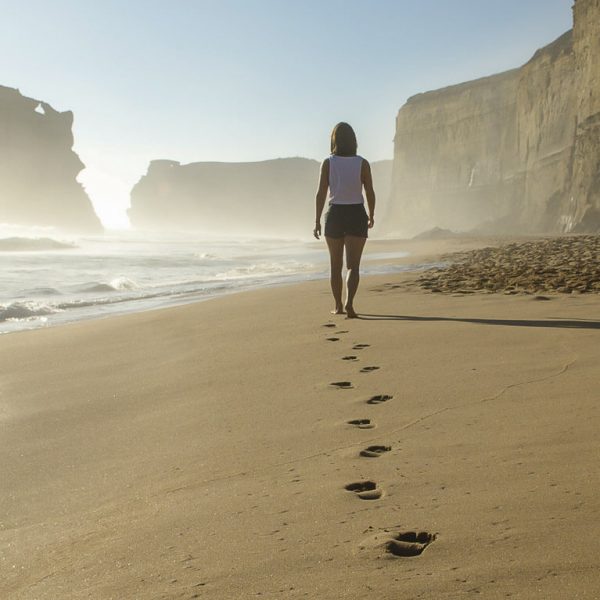