What does the Bible say about pollution and the earth?

Emily Tomko
Prophecy, State of the nation
climate change, creation groans, Creation Intelligent Design, curse on the earth, earthquakes and birth pangs, on beyond sunday school, pollution, science and scripture, the Bible and the earth, transformation george otis, what is happening to the earth 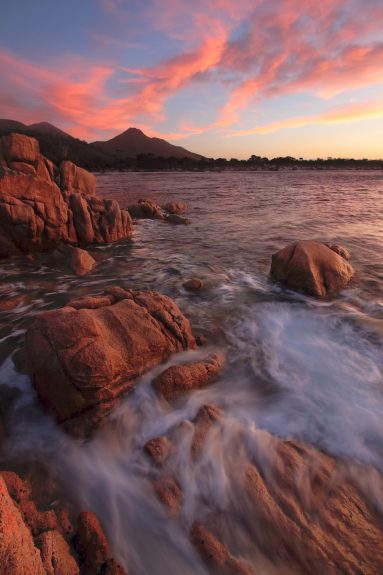 Does the earth react to the actions of humanity?

A scientist once said that, after years of study in his field, when he came to know Christ he felt as though he’d reached the summit of a great mountain and all the Christians were already there waiting, secure in a knowledge he’d been seeking all his life.

The Bible has the answers not only to the condition of the human heart, but it contains revelation that modern science is only just now discovering – or, for which it has only speculation.

Previously, I researched and wrote on the harmony of science and scripture and the Bible’s prolific mention of climate change; a friend and physicist Glenn Walker wrote an excellent guest article on science and the origins of the earth.

With our earth in upheaval due to natural disasters, and two tsunami dreams the Lord gave me fresh in my mind, it is worth remembering that scripture talks a great deal about changes in the earth due to pollution. Here is a partial list of references:

The scripture is very clear about pollution and its causes. Sin is the primary reason the earth suffers. Specifically, scriptures highlight bloodshed, sexual perversion, disobedience to laws, breaking of covenant, and infanticide (abortion).

If people repented, would the earth be calmer? Studies have shown that in regions where people repented of their sins, not only did their overall quality of life improve, droughts ceased and their crops flourished.  This phenomenon was documented by George Otis, Jr in his “Transformation” series, such as the village of Almogonga in Guatemala, which has been experiencing revival since the 1980s.

The earth is under a curse (Genesis 3:17) and will eventually pass away:

“The heavens and the earth will perish, but You remain; And they all will become old like a garment, And like a mantle You will roll them up; Like a garment they will also be changed. But You are the same, And Your years will not come to an end.” (Hebrews 1:11-12)

The Bible does say that we are to care for the earth and its creatures (Psalm 8:6, Genesis 1:28-30, Psalm 115:16). “The righteous man cares for the health of his animal” says Proverbs 12:10. But is it possible that those who are most zealous about “saving the earth” may be propagating the very lifestyles and agendas which bring about the greatest destruction to our planet?