What there is to fear 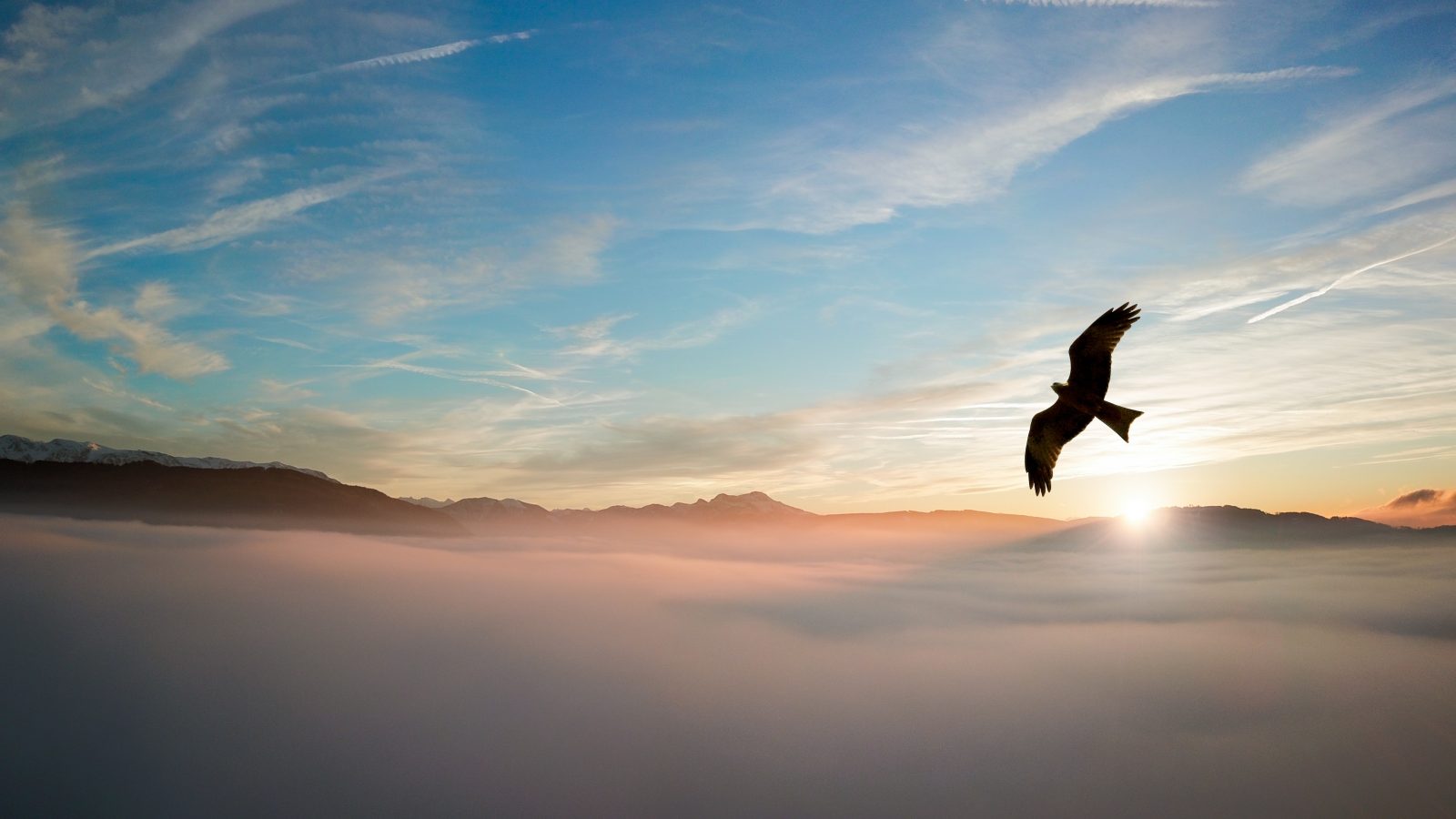 Eagle flying into the east wind

Remember the reality show The Real World? Right now, it feels like we are living in Surreal World. How do you pray during a time of swirling unknowns, while the world appears to be simultaneously in a hurricane and yet frozen in stillness around the epicenter of your living room?

I’ve committed an hour to prayer and worship each day to the Lord, and I find during this time that I need to spend a solid stretch of time praying in the Spirit before I attempt praying in English. Praying in tongues helps me sort through my own distraction and thoughts and to discern what is the mind of Christ in this matter.

When we spend a lot of time with someone, we take on their thoughts. The same is certainly true of God. We will begin taking on His thoughts and attitudes if we devote ourselves to listening to Him and worshiping Him.

At the end of this post, I’m including a summary of thoughts about what the Lord is doing, both in the church, in the world, and in our nation. Each of us in the Body of Christ has a unique portion; mine is only one, just like every prophetic voice out there is only one piece of the overall picture. I encourage us all to test the prophecies by putting them before the Lord in prayer, whether they be “high level” voices or relative “unknowns.”

In every unknown and in the face of uncertainty with our (my husband’s and I) livelihood suddenly threatened, I am reminded of the word The Lord gave me at the beginning of this year. I heard and saw “EXPECTANT!” like it was a shout, and not just once, but plastered all over. I recorded this in my prayer journal, along with another specific word the Lord gave me. (And yes, I joked with friends that I am a little fearful of a dual meaning – in the literal sense!) 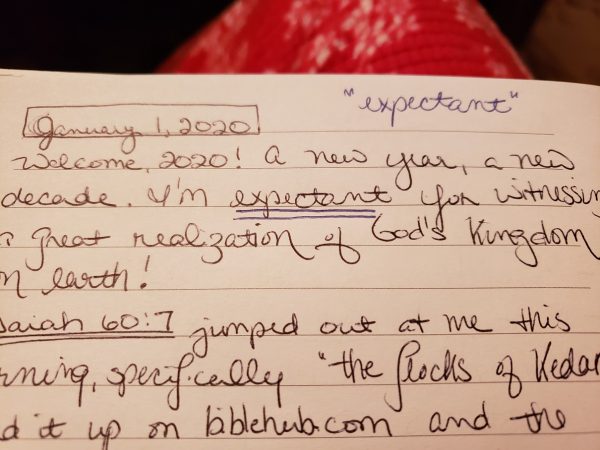 I was gratified a week later to read Lee Ann Rubsam’s blog post, a friend and prophetic intercessor; she had received the very same word.

The night of March 9th, I awoke from a nightmare. In the dream, I was touring an elaborate Victorian mansion with a small group of people. As we walked into one of its parlors, I was instantly aware that this particular room held a strong demonic presence. While everyone else was praising its beauty and elegance, I stated that I needed to leave at once.

The next morning, I remembered the dream but was uncertain of its significance. I forgot about it and went about my routine. Hours later, as I was observing my daughters’ class at school, one of the students help up a history timeline photo as part of an activity they were doing. The picture, before I fully realized what it was I was seeing, triggered the trauma of my dream, and the nightmare and its sensations flooded over me afresh.

The photograph was of the United Nations building.

“Pray for the East Wind”

This past Saturday, as I was trying to focus on the Lord, I found myself distracted and my thoughts wandering. I tried praying the Psalms and still kept meandering off course. Finally, I got up to put a log on the fire, and as I did, I heard the Holy Spirit say, “Pray for the East Wind.”

I didn’t know what this meant, but I prayed the Lord would send an East Wind.

I looked it up in scripture, and discovered that the East Wind was,

“And Moses stretched out his hand over the sea; and the LORD caused the sea to go back by a strong east wind all that night, and made the sea dry land, and the waters were divided” (Exodus 14:21).

During a time of corporate prayer the next morning, I shared this word with our church. Several people gave interpretations of the significance of the East Wind, including what it indicates in the natural and also spiritual significance.

I am energized by an overwhelming sense that, while the enemy is purposing great destruction, the Lord is carrying out His purposes in the earth. I am praying for good things ultimately to come from this for the United States, but also for China and the world’s relations to it. China has long been in my scopes for its abysmal record on Human Rights violations, including sex trafficking, imprisoning and torturing prisoners of conscience, and the horrific harvesting of human organs from unwilling “donors.”

Moreover, the Communist Chinese government has been accused of deep worldwide corruption, including spying on Americans,  using fentanyl as biochemical warfare, and manipulating both media and currency.

The purpose of government is to punish wickedness and encourage righteousness (Romans 13:1-3). Rogue governments do the opposite, and we in the United States are in danger of the same. I am very concerned about government overreach in this critical hour. As C. S. Lewis noted, “Of all tyrannies, a tyranny sincerely exercised for the good of its victims may be the most oppressive.” I am observing people lose their sense of reason from feeding on media fear; citizens are in a frenzy over the possibility of a shortage of hospital beds than over losing their freedom. And this is just the early stages of the ordeal.

Sadly, much of the church has confused the role of church and government in the last several years and expects the government to be in the business of mercy and charity while they (the church) take on the role of justice.

I do not entirely know the significance of the nightmare connected with the United Nations, except that I do not trust the U.N. any further than I do China. America’s sovereignty is opposed by United Nations efforts, and U.S. involvement has proved to be an unhealthy and unbalanced relationship, to say the least. My observation over the years is that they are a source of deep corruption and their reputed good works are scattered and arbitrary; it would not be out of character for the U.N. to be the vehicle of the Antichrist in these last days.

We have witnessed that sadly, there are those among us, both in media and in government, who have far greater sympathy to oppressive regimes than they do to our Constitution and to the citizens it protects.

I pray that the righteous of purposes of God come to pass through this unprecedented time, and that we the church begin to move more and more not just in helping our neighbors meet their physical needs, but encouraging and ministering the life-giving gospel of peace supernaturally as well.

How is the Lord leading you to pray?