“Worse than a murderer”: lawlessness, mob rule, and the rise of Antichrist

“But He Did Not Answer Her a Word”: Lessons from the Syrophoenician Woman 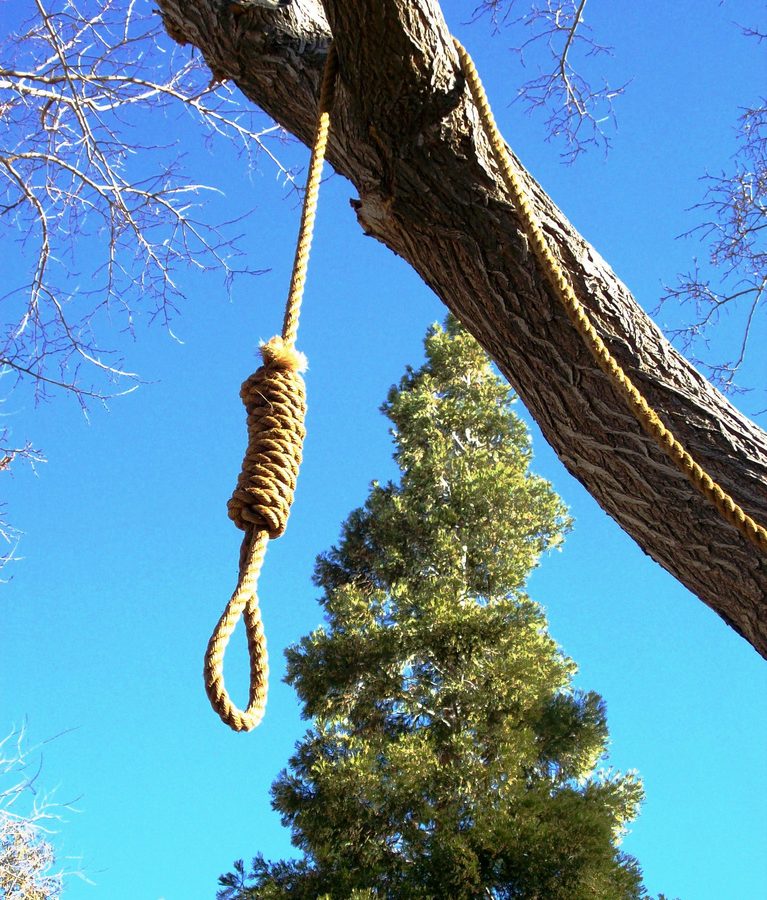 Deception and lawlessness both lead to death.

The most frightening words in scripture come at the Final Judgment. Most heart-stopping of all is that those to whom Christ addresses these terrible words are those who thought they were Christians and did all kinds of deeds in His name. Christ tells those standing before Him, “I never knew you. Depart from me you workers of lawlessness.” (Matthew 7:23)

Could you be a professing Christian, doing what you supposed were acts of service for God, and actually be doomed?

The Greek word in this passage for “lawlessness” is anomia, defined as

“[In the last days] because of the increase of lawlessness the love of many believers will grow cold” (Matthew 24:12)

(to the Pharisees) “So you, too, outwardly appear righteous to men, but inwardly you are full of hypocrisy and lawlessness” (Matthew 23:28)

“the mysterious power of lawlessness is already at work” (2 Thessalonians 2:7)

and correlates Christians with unsurrendered lives to doers of lawlessness (Romans 6:19)

Antichrist, or Man of Lawlessness

Another name for the Antichrist who will rise up to rule the world in these last days is “the man of lawlessness” (2 Thessalonians 2). The laws of virtue inscripted in the consciences of men will be criminal, while vile and ugly deeds will be celebrated and encouraged (Revelation 11:10).

Christians would do well to mediate on 2 Thessalonians 2, for it is a dire warning to those who begin to slip from the truth, little by little, and lapse into lawlessness. In doing so, God Himself sends even professing believers a deceiving spirit as a final judgment. And in the absence of restraint from the Holy Spirit through His church, the Man of Lawlessness ascends to global authority (2 Thess. 2:7).

Worse than a murderer?

In the literary classic The Ox-Bow Incident cattle rustling has local cow punchers on edge in a frontier town, and a report of the murder of a local man and the theft of his herd heighten tensions so that talk quickly ensues to bring about retribution in the form of a posse.

However, the “posse” is simply a front for the lynch mob that is taking shape. A handful of bullies, led by one well-groomed leader, overrule reason, even though the majority of men are sick at the thought of carrying out a hanging.

Written in the 1940s and set in the Wild West, The Ox-Bow Incident has tremendous implications for today’s culture. The lawlessness demonstrated by those who have been unsuccessful in bring their agendas about via peaceful means is both troubling and revealing of their nature. Equally disturbing is the passivity on the part of the majority to stand up to the mob rule because they know they will be labeled and ridiculed by the bullies. Consider this passage in the book:

“If we go out and hang two or three men,” Davies said, “Without doing what the law says, forming a posse and bringing the men in for trial, then by the same law, we’re not officers of justice, but due to be hanged ourselves.”
“And who’ll hang us?” Winder wanted to know.
“Maybe nobody,” Davies admitted. “Then our crime’s worse than a murderer’s. His act puts him outside the law, but keeps the law intact. Ours would weaken the law.”

This is key to understanding lawlessness. Most “good people” assure themselves of their goodness by contrasting themselves with someone really awful, like a murderer. What makes lawlessness more destructive than ordinary crime, even murder, is that there’s no accountability when legal standards are violated. And without accountability, a community, city, or nation quickly unravels into chaos and anarchy. Arguably, if you are engaged in unchecked lawlessness, you are worse than a murderer.

Lawlessness masquerading as justice and compassion

Vigilante lynch mobs in backwoods Appalachia were a form of lawlessness, just as was John Brown’s armed abolitionist raid on Harpers Ferry. The road to hell is paved with good intentions, as the saying goes. Lawlessness looks different today, yet, it is every bit as destructive.

These examples may be inconvenient to one’s pedagogy, but they are lawlessness nevertheless. God will not look the other way and pretend our good intentions are sanctified.


Scripture is clear and consistent on honoring authority:

“Every person is to be in subjection to the governing authorities. For there is no authority except from God, and those which exist are established by God. Therefore whoever resists authority has opposed the ordinance of God; and they who have opposed will receive condemnation upon themselves. For rulers are not a cause of fear for good behavior, but for evil. Do you want to have no fear of authority? Do what is good and you will have praise from the same” (Romans 13:1-3)

“Therefore I exhort first of all that supplications, prayers, intercessions, and giving of thanks be made for all men, for kings and all who are in authority, that we may lead a quiet and peaceable life in all godliness and reverence” (1 Timothy 2:1-2)

“Remind them to be subject to rulers, to authorities, to be obedient, to be ready for every good deed, to malign no one, to be peaceable, gentle, showing every consideration for all men” (Titus 3:1-2)

“Obey your leaders and submit to them, for they keep watch over your souls as those who will give an account” (Hebrews 13:17)

If there is bad law where you live, be it local or federal, with fasting and prayer and seeking God’s wisdom take lawful and peaceful measures to change it.  Steward your liberty through your vote and through your voice. You can disagree with authority and still honor it.


Lawlessness is not excusable just because it happens to be fashionable, or because emotionalism and contemporary Zeitgeist make it appealing. Lawlessness is an absence of accountability and leads in turn to anarchy, which breeds every violent and contemptible act known to humanity. Lawlessness in the nation is symptomatic of lawlessness in the church by those who should know better. We cannot continue this trend without dire repercussions.