Our Family in Egypt 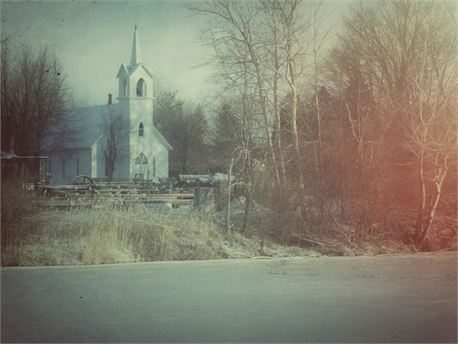 “For the eyes of the LORD run to and fro throughout the whole earth, to show himself strong on behalf of them whose heart is perfect toward him” (1 Chronicles 16:9 – KJV). A man who is steadfast, fully committed to the Lord, without secrets or skeletons in the closet, is a rare find indeed. This verse portrays an earnest desire on the part of God – almost a restless fervor – that causes Him to comb the face of the earth, seeking such a man among millions.  Scripture says that the Lord, when He finds him, releases His power through this kind of man.

A blameless man is therefore a tremendous threat to the kingdom of darkness. Any time a man of character is raised up by God, the devil will stop at nothing to try to destroy him, and if he cannot do that, he’ll seek to discredit him and his ministry in order to thwart the power of God.

To this end, I’ve been sensing in my spirit a dire need to pray for pastors – my own, of course, but also pastors elsewhere whom I know or know of, as well as local pastors whose church I may never have attended, but whose ministry affects the community in which I live.

There are three specific ways I feel the Lord is leading.

First, that pastors would stand firm and not compromise. The pressure is on like never before to say that certain sin is no longer sin, that it’s really not that serious. On the horizon is a threat of civil investigations and even incarceration for those that will not compromise the truth of scripture. Yet “tolerance” was one of the things that brought judgment on the church in Thyatira. This church was rich in love and faith and service, yet they had tolerated sin – specifically, the sexual immorality introduced by the teaching of the woman Jezebel, as well as ingesting that which had been offered to idols (Revelation 2:20). The Lord gave them time to repent, but those that did not, He disciplined severely (vv 22-23). We must all stand firm in this time, but our leadership especially needs our prayer and support.

Secondly, for integrity and purity. If we can be honest, this generation of ministers has to deal with sexual temptation like never before. The images in the media and online are a snare, but beyond even that, the number of women seeking pastoral care is sky high. The idea that a man of God is somehow immune to the pressure and temptation of the culture is naive. We must fiercely cover the men of God in prayer for grace in this area.

Finally, for the pastors who are in apostasy. “But to this one I will look, to him who is humble and contrite of spirit, and who trembles at My word,” says the Lord in Isaiah 66:2. There are some pastors in our midst who do not tremble at the word of God. They regard it lightly, casually, and so they do not preach the word of God nor submit to it themselves.

I once privately confronted an acquaintance who is a pastor of a church, married, and is a closet homosexual. (The reason I discovered his double life was that he let it be known – both abundantly and lecherously – on a web site which at the time we both subscribed to]. When I privately said something about this to him, his response was defensive and sarcastic. He indicated that he was fearful of the reaction of his congregants and his wife. But he was not fearful of God’s opinion of his leading the church while secretly enmeshed in sexual immorality.

For those pastors who are leading double lives – enmeshed in homosexuality and other sin while they pretend personal holiness and even spousal commitment. For those local pastors who openly preach from the pulpit that there is more than one way to God. For those in our community who are openly pro-abortion and affirm other activities which scripture clearly indicates are abominations – I pray that that they would quickly come into repentance. And if they refuse to come into agreement with the witness of the Holy Spirit, that they would be removed – swiftly – from their position of leadership.

I do not know the spiritual condition of many of the local pastors or their flocks, but it takes only seconds to pray a blessing on their churches as I drive by. And to pray in agreement with one other person for church leadership is a tremendous way to bless them as well as myself and our community. The Lord shows Himself strong through such men, and it is a privilege to put them before the throne.