Christ’s Government on Earth – Reigning As Kings and Priests

“It is to your advantage that I go away” 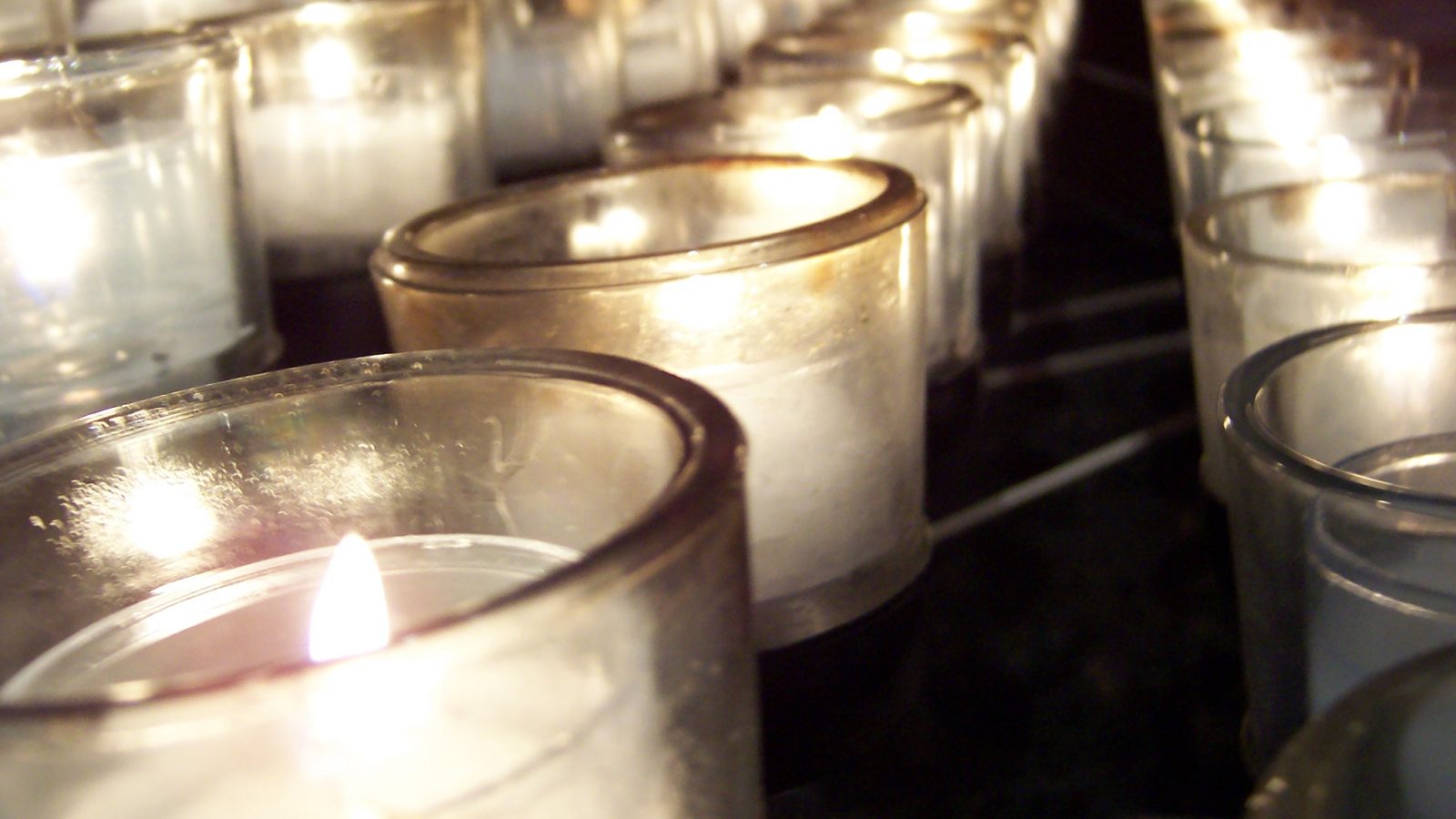 In C.S. Lewis’s The Voyage of the Dawn Treader, the Narnian mouse Reepicheep says of Lucy, “She’s not a little girl! She is a queen!” The statement serves as a reminder that those of us who are in Christ, while we might look and feel quite ordinary, are kings and queens according to scripture.

In the previous two posts, we took a look at what the Bible says about about the role and functions of both kings and of priests, and how Jesus restored these two offices, that were previously separate. The ministry and person of Melchizedek were also examined. The bread and the wine given to Abraham was the priestly mark of the ministry of Melchizedek. When Jesus gave His disciples bread and wine at the Last Supper, He was demonstrating the restoration of the ministry of Melchizedek. In essence, Jesus was showing that this ministry of kingly priesthood was back in place, and was to be carried out among His followers. That is you and I. (There is no one who is part of the kingdom of heaven who is not also a priest).

Christ’s restored function of the kingly line and the priesthood isn’t for some future day; it’s for now. “But God, being rich in mercy, because of the great love with which he loved us, even when we were dead in our trespasses, made us alive together with Christ—by grace you have been saved— and raised us up with him and seated us with him in the heavenly places in Christ Jesus (Ephesians 2:5-6). We as believers are enthroned in heavenly places RIGHT NOW! We rule and reign with access and authority to the throne room of Heaven!

How do we rule in our priesthood?

Intercession is the act of intervening for another, especially in prayer. Those who truly reign as kings are those who minister in intercession. Intercessors rule the earth! We need more people to recognize and respond to this role. Derek Prince said, “Jesus spent three years in earthly ministry and two thousand years in intercession.”

Intercession is the role and function of the priest. Too many Christians say, “Oh, so-and-so is a prayer warrior.” EVERY person who is a member of the Kingdom of Heaven is a prayer warrior! That is one of your key roles in ministering as a priest.

I want to challenge you with this: the hand of Jehovah moves at the prayers of His saints. We don’t have to strong arm God. He is eager and willing to grant our requests. Isaiah says, “The Lord longs from on high to be gracious to you.”  But the most effective prayers are the ones that come from listening to what He wants to do, and then asking for words or strategies to set His will into motion.

Rees Howells was a Welsh miner who offered his whole life as a living sacrifice. The prayers of Rees Howells are credited with turning the tide of World War 2. There were numerous instances in which a battle between the Allies and the Axis powers were turned, it is believed, by Howells and his fellow intercessors at the Wales Bible College he founded. Here’s one such instance:

Throughout history, Christians changed world events not so much through physical force but on their knees. World War II in particular was the setting for some of the most dramatic accounts of intercession. Rees Howells, founder of the Bible College of Wales, had his intercessors crying out to Heaven for divine intervention during the Battle of Britain. The German Luftwaffe pounded England in preparation for an invasion. The courageous Royal Air Force stood between the British Isles and the Germans. Yet as the British Spitfires went up in the air to face a foe of far superior numbers, an unseen hand shifted the outcome of the battle.

Here’s the conclusion of the battle as described in the book “Rees Howells: Intercessor”…

Mr. Churchill, in his War Memoirs, gives September 15 (1940) as “the culminating date” in that Battle of the Air. He tells how he visited the Operations Room of the R.A.F. that day and watched as the enemy squadrons poured over and ours went up to meet them, until the moment came when he asked the Air Marshal, “What other reserves have we?” “There are none,” he answered, and reported afterwards how grave Mr. Churchill looked, “and well I might,” added Churchill. Then another five minutes passed, and “it appeared the enemy were going home. The shifting of the discs on the table showed a continuous eastward movement of German bombers and fighters. No new attack appeared. In another ten minutes the action was ended.” There seemed no reason why the Luftwaffe should have turned for home, just at the moment when victory was in their grasp. But we know why.

After the war, Air Chief Marshal Lord Dowding, Commander-in-Chief of Fighter Command in the Battle of Britain, made this significant comment: “Even during the battle one realized from day to day how much external support was coming in. At the end of the battle one had the sort of feeling that there had been some special Divine intervention to alter some sequence of events which would otherwise have occurred.”

Between Rommel’s men and Alexandria were the remnants of a British army — fifty tanks, a few score field guns, and about 5,000 soldiers. The sides were equally matched, with the Germans holding the advantage, because of their superior 88 mm. guns. Both armies were near exhaustion from heat, dust and lack of water. The battle was grim. “In the words of Major Rainer: “The sun was almost overhead, and our men were fast reaching the end of their endurance, when the Nazis broke. Ten minutes more and it might have been us. Slowly, sullenly the Mark IV tanks lumbered back from their battle smoke. And then an incredible thing happened: 1,100 men of the 90th Light Panzer Division, the elite of the Afrika Korps, came stumbling across the barren sand with their hands in the air. Cracked and black with coagulated blood, their swollen tongues were protruding from their mouths. Crazily they tore water bottles from the necks of our men and pouted life-giving swallows between their parched lips.” Major Rainer then goes on to give this reason for their surrender. The Germans had been twenty-four hours without water, when they overran the British defenses and found a 6-inch water pipe. They shot holes in it and drank deeply. Only when they had taken great gulps, did they realize that it was sea water. The pipe had only just been laid, and Major Rainer had started to test it. Fresh water was never used for tests on pipes — it was too precious. “The day before, it would have been empty,”, he’ writes. “Two days later it would have been full of fresh water… The Nazis didn’t detect the salt at once, because their sense of taste had already been anaesthetized by the brackish water they had been used to, and by thirst.” The surrender of those 1,100 crack soldiers may have been the deciding incident in the battle for Alexandria. The Editor’s comment is: “Such an incredible happening as this cannot be treated as a mere coincidence. Assuredly the Hand of Almighty God is in evidence once more, coming to our aid when weighty issues are in the balance.”

Royal priestliness says that we have access to a king and His court. We can approach the throne even when we’re not summoned. Can you imagine dropping in on the White House without invitation, and being given free access to the president? Can you further imagine that not only does the president grant you access, he’s overjoyed to see you? Then as you’re sitting there in the Oval Office He reveals His strategies to you and tells you state secrets. Can you picture the Commander in Chief of angel armies listening to your requests, and when you’re confident that they’re directly in line with His will, He will write out executive orders and implement them, sometimes immediately and other times according to His sovereign timing?

Picture it in terms of the president giving you Level Seven Clearance. and saying, “You know my will and my word. Here’s my authority. Go ahead and exercise it freely in accordance.” Jesus said to His disciples, “”Behold, I have given you authority to tread on serpents and scorpions, and over all the power of the enemy, and nothing will injure you.” (Luke 10:19)

The idea of the president or a king might be tainted for you because of corruption and tyranny. But this is the One Wise King and the Perfect Judge, who never makes mistakes and is never swayed by public opinion or bribes or His own temperament or prejudices.

In closing, check out this fascinating passage in Zechariah 6:12-14 “Take silver and gold, make an ornate crown and set it on the head of Joshua the son of Jehozadak, the high priest. “Then say to him, ‘Thus says the LORD of hosts, “Behold, a man whose name is Branch, for He will branch out from where He is; and He will build the temple of the LORD. “Yes, it is He who will build the temple of the LORD, and He who will bear the honor (glory) and sit and rule on His throne. Thus, He will be a priest on His throne, and the counsel of peace will be between the two offices. Now the crown will become a reminder in the temple of the LORD…”