Confessions of a former political junkie

Worshiping by waiting and remembering 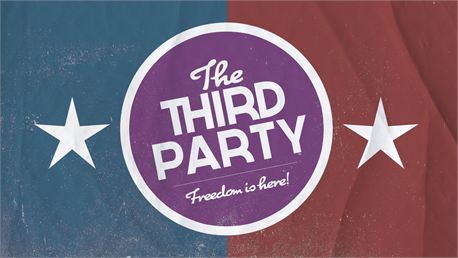 If ever there was a picture of a political nerd, it was me. In high school, I spent a week in D.C., learning about government in person, and sitting in on subcommittee meetings. Upon graduation from college I devoured daily the AP and other news outlets, both domestic and abroad. I listened to talk radio every day, all day in my car, during the years I worked in outside sales (I was a caller once on both the Bob Durgin Show and the Rush Limbaugh Show). I wrote for a political satire web site, and even worked for a lobbying group that advanced the interests of small business owners. I was in rallies, marches, in news interviews, and had plenty of caustic opinion.

In essence, I lived and breathed politics. I was passionate about our nation, its history, and especially its current direction and policies. It wasn’t unusual for me to call up a representative’s office and either praise them or blast them. I had no reservations about telling their staff what I thought of them, either.

A few years ago, after I’d called the PA gubernatorial office to chew out our then-governor and his staff for corruption, I felt the Lord calling my name. I was not at peace, not in a state of love or joy or patience. In other words, not much of what dominated me was of the Spirit. Very distinctly, I recall picking up my Bible and it falling open to Daniel 10.

In this passage, Daniel has been fasting for 21 days, eating only the blandest of foods, drinking no alcohol, not using lotion or ointments on his skin. A heavenly messenger comes to Daniel, and this is what he says:

“Do not be afraid, Daniel. Since the first day that you set your mind to gain understanding and to humble yourself before your God, your words were heard, and I have come in response to them. But the prince of the Persian kingdom resisted me twenty-one days. Then Michael, one of the chief princes, came to help me, because I was detained there with the king of Persia. . .” (v. 12-13)

A few verses later in this passage, the messenger says,

“Do you know why I have come to you? Soon I will return to fight against the prince of Persia, and when I go, the prince of Greece will come; but first I will tell you what is written in the Book of Truth. (No one supports me against them except Michael, your prince)” (v. 20-21)

Daniel 10 very clearly indicates that there are spiritual forces at work behind national and international events. Not only are these forces at work in politics, but spiritual forces actually reign over geographical locations. In this instance, the heavenly messenger speaking to Daniel says that he has been detained by the prince of the Persian kingdom. This is not an earthly prince, but a Satanic one, with power and authority over the province of Persia.

The messenger sent to Daniel references two other spirits: the prince of Greece, and the angel Michael, whom he calls “one of the chief princes,” a protector of Israel. These representatives are from Satan’s kingdom and from God’s kingdom, and the entities are fighting each other.

This passage in Daniel further makes it clear that prayer and fasting are key to world events. Prayer and fasting actually affect the spirit realm, giving way to victories in spiritual battles. A messenger sent by God to Daniel with a vision was impeded by a demonic power and could not get there until Daniel’s prayer and fasting broke through the power!

Time and time again, when I have been tempted to become engulfed in anger or fear because of current events, the Lord has brought me back to Daniel 10. It is the spiritual powers behind the politicians, pundits, and news outlets that are the root of the issue. This is what must be uprooted and overthrown in order to live peacefully and prosper in this land. Prayer and fasting is what can stop wars and take down drug lords. Prayer and fasting is also what breaks demonic mindsets over entire parts of the population. (This is a sub-theme in my book Church Bound: A Bride in Fake Diamonds in which it is explored why certain cities “feel” differently and take on certain personalities of their own).

For me, imbibing the news and political world can open doors to both fear and rage. It also marginalizes me from others with opposing viewpoints, when in reality my highest calling is to love them. While I strongly believe in exercising my voting franchise, and speaking the truth when the Spirit prompts, the most crucial battleground is not in demonstrations or even at the polls, but in my prayer closet.