Living in Esther Times: “Haman has been hanged”

The Keys of the Kingdom 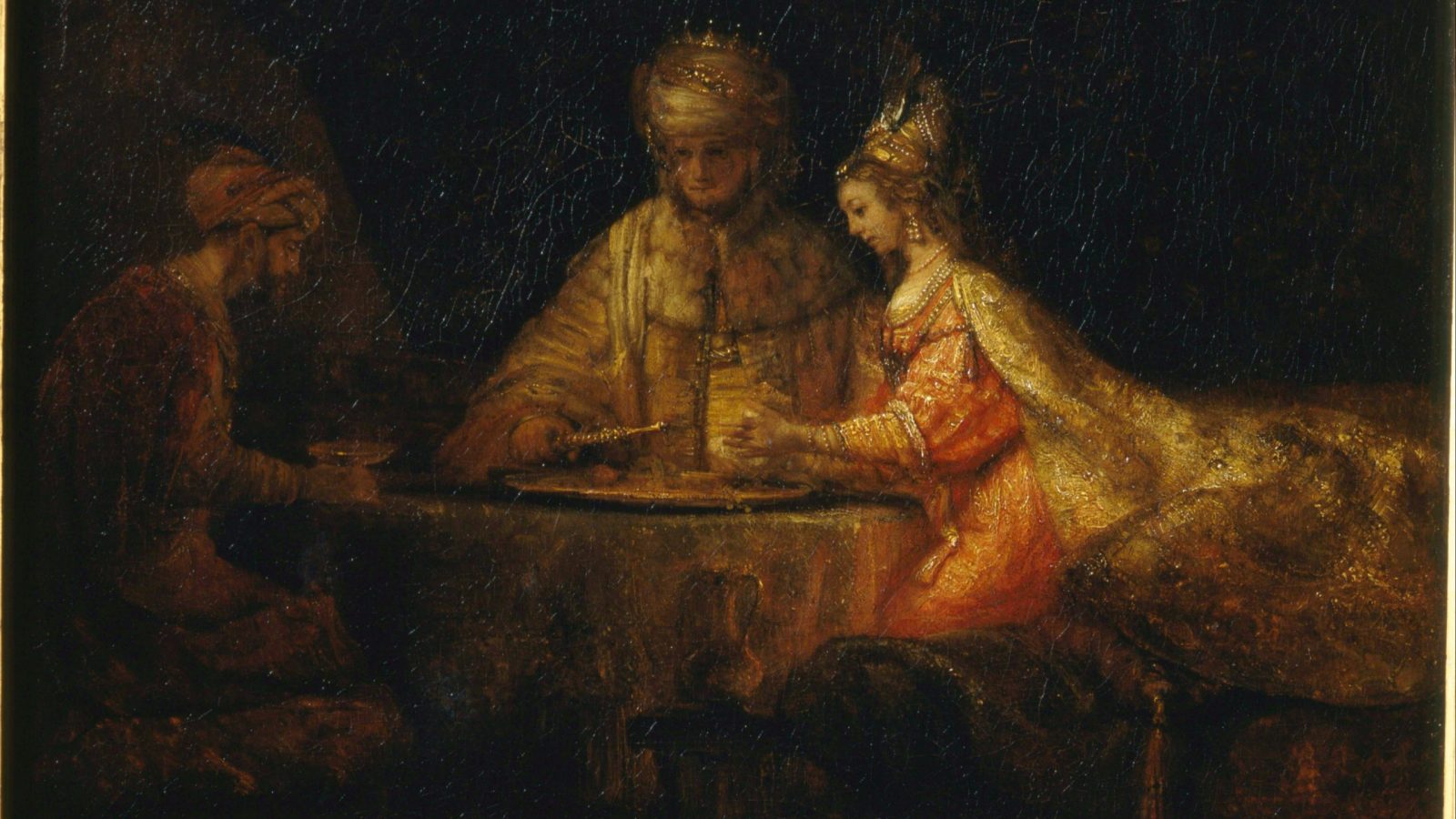 Esther with the king

The Holy Spirit highlighted Esther Chapter 8 to me in a significant way during my devotions in mid-November 2016, following the election. I sensed Him saying that there are parallel spiritual realities between what was happening then and what is happening now.

Esther 8 follows the hanging of Haman on gallows he’d built for Mordecai (Es. 7:10). Haman was the prideful official whose anger toward God’s people, particularly Mordecai, grew murderous when Mordecai refused to bow to him. The chapter begins:

On that day King Ahasuerus gave the house of Haman, the enemy of the Jews, to Queen Esther; and Mordecai came before the king, for Esther had disclosed what he was to her (Esther 8:1).

The house of the enemy had been given over to the King’s bride. And authority had been given to Mordecai, a leader among the Jews and relative of the queen, who had refused to bow to Haman.

While the chief enemy of the Jews had been executed, God’s people were far from out of trouble. Legal ground had been given to destroy them by consequence of Haman tricking the king into signing their execution order. The king could not go back on his own pledge, even at the behest of his queen. However, the king grants authority to Mordecai for the Jews to avenge themselves against their enemies:

A signet ring indicates authority in another’s name. I believe God is giving His people special authority to fight with His backing in this hour.

On December 4 2016, a couple weeks after God had drawn me repeatedly to Esther 8 during my prayer time, I saw a friend whom I hadn’t spoken with since six months prior. Knowing nothing of what God was revealing to me, after exchanging pleasantries, my friend leaned over and whispered, “Haman has been hanged.” Chilled to the marrow, I shared with her what I sensed God was saying.

For those who have not bowed the knee to prideful principalities in this land, but have remained faithful to conviction and testimony of the One True God even in the face of opposition, accusation, and persecution – God has given special authority. We can decree things in His name and see them come to pass in our land.

Moreover, not only does the king give God’s people legal right to protect and avenge themselves, they are granted permission to take their persecutors’ spoil (Es 8:11). This speaks to me of things that have long been under the clutches of the enemy being reclaimed by the Kingdom of Heaven.

The chapter closes out with Mordecai being exalted, leaving the king’s presence in royal robes of blue and white (symbolic of heaven, purity) and with a crown on his head (rulership) while the city of Susa shouted and rejoiced (Es 8:15).

For the Jews there was light and gladness and joy and honor. In each and every province and in each and every city, wherever the king’s commandment and his decree arrived, there was gladness and joy for the Jews, a feast and a holiday. And many among the peoples of the land became Jews, for dread (holy fear and awe) had fallen on them (Es 8:16-17).

Along with opportunities for unrighteousness to be exposed in the highest places of the land, I believe a fear of God is going to fall on people in a more significant way. It’s something we’ve been praying into and we have been connected to churches throughout the continental United States in which revival is suddenly breaking forth. Much of it is happening among young people in places like West Virginia, Pennsylvania, and the Carolinas.

My pastor said something key recently. “It is not because of the U.S. election that God is doing a new thing in the earth. Rather, the Brexit and the U.S. elections are simply markers indicating that a shift has taken place.”

We are in the fight of our lives. Now is not the time to let off the prayer pedal. If anything, we need to ask for more faith and more intercessory stamina for what lies ahead. But something has shifted in the earth and God has taken action against a ruling principality who’d taken aim and accusation against us.