Four Blood Moons and The Day of the Lord 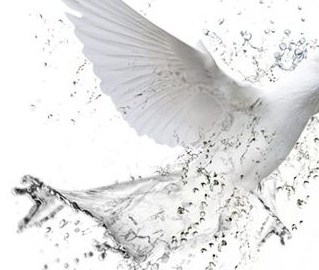 When David killed Goliath he did it without a sword in his hand, scripture says (1 Sam 17:50). Yet David did use a sword to slay the giant. Where was it? The answer is found in verses 45-47 of 1 Samuel 17. “David said to the Philistine, “You come against me with sword and spear and javelin, but I come against you in the name of the Lord Almighty, the God of the armies of Israel, whom you have defied. This day the Lord will deliver you into my hands, and I’ll strike you down and cut off your head. This very day I will give the carcasses of the Philistine army to the birds and the wild animals, and the whole world will know that there is a God in Israel. All those gathered here will know that it is not by sword or spear that the Lord saves; for the battle is the Lord’s, and he will give all of you into our hands.”

Did you see that? David came against Goliath with the sword in his mouth. David prophesied out loud the victory that God was going to give him.

Paul tells the church in Ephesians 6:17 to “take up the sword of the Spirit, which is the word of God.” In this passage, the “word of God” is the Greek rhema, which means the spoken or uttered word. That is, the sword we’re wielding is speaking God’s truth out loud.

Does anything happen in the spirit realm unless we declare it?

We know that God acts primarily in partnership with His people (Isaiah 59:16, Isaiah 63:5, Ezekiel 22:30, Matt; 6:10, et al) and that prayer is the primary way that the hand of God moves. This begs the question, “Does anything happen in the spirit realm before we first declare it?” Because what happens in the spirit realm is manifested (or made visible) eventually in the natural realm. For example, if I am praying for my town to see revival, for godly police and mayoral staff, and breakthrough over the drug situation, it may take years, but eventually I’m going to see the outcome of my prayers (and indeed we have been seeing it happen in my home town). However, if neither I nor anyone else prays and prophecies life for the town, will it ever prosper?

Jesus said, “But I tell you that every careless word that people speak, they shall give an accounting for it in the Day of Judgment” (Matt. 12:36 NASB). Why would Jesus say such a thing? Notice Jesus didn’t say we’d have to give an account for every curse word, but rather every “careless” word. The Greek word there is argos, meaning “not at labor; at leisure.” That means every word that does not build someone up and give life, we will be judged for. Wow. It is time for Christians to take seriously what comes out of our mouths. Like Proverbs 18:21 says, “Death and life are in the power of the tongue, and those who love it will eat its fruit” (NASB). What comes out of our mouths impacts the spirit realm around us, either for good or evil.

When Jesus faced off with Satan in the wilderness, Jesus answered the devil’s temptations each time with “It is written” (Matthew 4:1-11). Notice that Jesus applied the written word of God by speaking it out at the tempter. My friend and pastor Dr. E Daniel Martin said once that often, we don’t take the time to “answer” the devil when thoughts come into our minds that our contrary to God’s word. If we don’t stop and say, “It is written” we run the danger of letting the lie, the temptation, or the accusation fester in our  minds. In other words, we need to draw our sword.

Have you ever had a season when spiritually you were under attack? I recently had a time in which I’d been oppressed and even depressed, for no rational reason – it was like a heavy dark cloud was over me. It was so tough that at times, even moment to moment, I wanted to curl up and cry. I was fighting this in my mind, fighting it in my spirit, coming under it, free of it for a minute, and then under it again. It was so exhausting and discouraging, and even though I knew better, the worst was that I couldn’t sense God’s presence. It felt like God was standing off somewhere afar, watching.

In the midst of this, I remembered what an Iraqi pastor said one time when he gave his testimony. “If he can do nothing else, the devil will try to steal your joy.”  I am normally a joyful person, and so I got really incensed as I endured this buffeting. Fed up, I started declaring – out loud – that I was not going to take this any longer; that this would not be the new normal in my life. I also asked some friends and family to be in prayer for me during this time. As I began to declare the word of The Lord out loud over my life, the oppression began to lift.

One of the trademarks of the kingdom of darkness is persecution whenever the name of Jesus or His gospel (good news) is preached. It is not by chance that political correctness is such a strong force in this nation. Anyone who states the truth feels the effects of bullying the moment they speak it. It can come in the form of opposition from the world, but it can also come from religious people, who tell us to “tone it down a bit” and seek to quiet our zeal.

We can’t even talk about the attack on the family or the desperate social dilemmas of the fatherless any more, without a swarm of comments descending like angry locusts. This has all come about in a single generation, and it is because the less the truth is spoken, the easier it is for the kingdom of darkness to advance and rule mindsets – set an entire generation into the destruction of lies.

Incidentally, I just heard a young man, divorced with two children, explain his reasoning for some unusual holiday plans he made with his ex-wife, her live-in boyfriend, and their children. “You know, we’ll be like Modern Family,” he said, referring to the sitcom. Imagine using a warped situational comedy to base your worldview upon for raising two boys who are already suffering the effects of a divorce! But this is the kind of corruption that pervades when the truth is pulled back from a society. Confusion rules.

If you’ve ever wondered why there is such tolerance for other religions in the United States and other nations, and such antipathy toward Christianity, it is because the devil is the ruler of this world (John 16:11) and he opposes the name of Jesus. He does not oppose false religions that might have a few morsels of nice-sounding ideas, but which will eventually lead people to Hell. Those who consider themselves the most tolerant, the most “progressive,” are actually the blindest and the most enslaved to the prince of this world and his thought patterns. And universally, such people tend to think alike. The sword of truth has not penetrated their minds.

Isaiah 49:2 says “He made my mouth like a sharpened sword.” The enemy wants to intimidate you from speaking the word of God – whether praying, praising, prophesying, declaring the scriptures, or confronting someone as the Spirit nudges – because that sword advances the Kingdom of God.