Spiritual Warfare – We wrestle not against flesh and blood

Love out of context 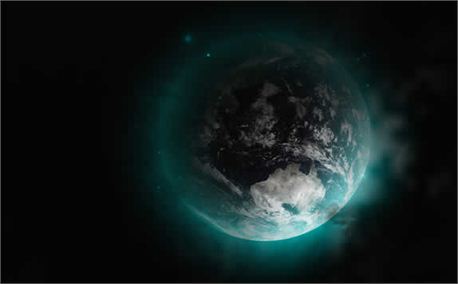 “There are a thousand hacking at the branches of evil to one who is striking at the root,” said Henry David Thoreau. The American philosopher rightfully pointed out the wasted effort and time directed at eradicating evil by the masses, while a comparative few comprehend evil’s real source.

The Apostle Paul identified the root of evil in his letter to the church in Ephesus. “For we wrestle not against flesh and blood, but against principalities, against powers, against the rulers of the darkness of this world, against spiritual wickedness in high places” he wrote (Eph. 6:12). What did Paul mean?

Paul states in Ephesians 6:12 that our enemies in this world are not human beings. As much as we might be inclined to believe that people are the source of our problems and frustrations, the root of our real problem, Paul says, lies elsewhere. While we should not excuse or justify bad behavior in anyone, we must realize that there are spiritual entities at work that seek to entice, enslave, and oppress us and those around us.

“We wrestle against . . . principalities” Paul says. What are principalities? The Greek word arche is used here in scripture, and it means “original ones; rulers (angelic or demonic); leaders.” In other words, we are wrestling against spiritual beings, whose origins the word implies, are older than the fall of man.

The next word Paul identifies we’re battling is “powers.” The Greek word exousia is used here and denotes “one that has been given a right to exercise authority over a certain jurisdiction.”

Finally, Paul says that we wrestle against spiritual wickedness in high places. What are high places? The original Greek translated high places is epouranios and is defined as “the heavenlies.” So we are wrestling against wicked beings in the heavenly realm. Many Bible scholars term this spirit realm as “the second heaven.”

These four distinct beings listed in Ephesians 6:12 that Paul says we wrestle correspond with Colossians 1:16, in which Paul details the four main orders of heavenly beings who were created by God through Christ: thrones, dominions, principalities [rulerships] and powers [authorities]. These beings aren’t some sort of nebulous energy;  they’re not benign. We shouldn’t cultivate an unhealthy fascination with them, nor should the study of them go outside of Biblical teaching.

The purpose in their study is to expose darkness and bring it into the light in order to overthrow Satan’s kingdom. There are Bible teachers and their followers who get sidetracked in making this one more theological ground to argue and engage in debate, rather than keeping unity of the Spirit (Eph. 4:3) and seeking to eradicate the evil.  (For further study, I highly recommend Derek Prince’s teaching on demons, as well as Jake Kail; and Peter Horrobin’s Healing Through Deliverance offers solid, foundational teaching on the subject as well).

These unclean spirits are part of Satan’s kingdom which we discussed previously. Satan is known as the father of lies (John 8:44), and in doing his work, these beings seek to deceive people, to torment them, to stir up chaos and malice, and ultimately bring about death and destruction. There is some speculation on their origins (some people believe all demons/evil spirits were fallen angels in Satan’s rebellion; others maintain that some were not part of the war in Heaven but were created at another time) Regardless of when they were created, they are quite real. The spirit realm, or second heaven, in which they dwell is very active. These evil spirits possess measures of authority that influence the natural world.

From Genesis 1:1, the Bible indicates that the earth is singular, but the heavens are plural: “God created the heavens and the earth.” The first heaven is commonly identified as that which is visible from earth. Paul talked about the third heaven in 2 Corinthians 12, in which  he says that a certain man “was caught up to the third heaven . . . into Paradise and heard inexpressible words, which a man is not permitted to speak” (verses 2, 4). This indicates that the third—and highest—heaven (see Psalm 115:16) is the actual dwelling place of God Himself. If the first heaven is the one visible from earth, then it stands to reason that there is a second intermediate heaven somewhere between the visible heaven and the third heaven which is God’s dwelling place.

“We fix our eyes on what is unseen”

One of the reasons some new Christians around the world see more lasting spiritual victories – that is, less backsliding than western converts, as well as experiencing more readily miracles and healings – seems tied to the fact that many second and third world countries are much more spiritually attuned than the West. These cultures have worshiped demons in the form of idols, ancestors, and other false gods and know firsthand the reality of these terrible masters and the power they exude. They recognize the need to renounce all ties to evil and be delivered from any occult influence at the time of salvation. They’ve seen the supernatural power of their “dieties,” and some have experienced the horrific curses of local witch doctors – so it is easy for them to believe in the supernatural touch of the One True God in their daily lives.

In the United States, there has been far less emphasis on renouncing past involvement with idolatry and the occult upon conversion. When new believers confess Jesus Christ as Lord, it is necessary that they recognize, repent of, and renounce all former ties with darkness, including addictions and the involvement with any false religions, including New Age movement and yoga. It is this failure to recognize the harm of many of these activities and to repent of them which keeps many Christians from going deeper in The Lord. Pastor Jake Kail points out in Restoring the Ministry of Jesus that Jesus did four main things: teaching, preaching, healing and deliverance (casting out demons). He commissioned His disciples to do the same (Matt. 10:1, Matt. 10:8, Luke 9:1-2). If Jesus is recorded in the gospel spending as much time casting out demons as He did preaching and teaching, why is the western church not following in His footsteps?

Even baptism in other nations tends to be recognized more fully as a burial of the old nature and a breaking of ties with the world than it generally is in the west, where baptism is often associated merely with ceremony and symbolism – infant dedication or church membership affiliation.

Paul said “We fix our eyes not on what is seen, but on what is unseen, since what is seen is temporary, but what is unseen is eternal” (2 Cor. 4:18). If we elevate the intellectual realm to the exclusion of the spirit realm in our post-modern culture, we not only miss out on comprehending what is really going on in our world by failing to see through spiritual eyes, but we also risk becoming arrogant (see 1 Cor. 8:1); this is the hallmark of the world around us.

Have you noticed the explosion of vampire, zombie, and paranormal films and television series that have come on the scene in the last decade? There has been increased fascination with the supernatural, which may be in part due to humanity’s overall spiritual hunger (for which the church as a whole has largely left a vacuum by not teaching and ministering in the supernatural, according to the Bible). This ramping up of demonic media seems to be linked also to Americans getting more involved in various forms of the occult. Most of what is portrayed of the spirit realm by Hollywood, however, is not Biblical. There is one source of evil, and there is only one source of good that will overcome it, and that is Jesus Christ.

Just like the Nazis got their horrific ideas for human experimentation from demons, much of Hollywood is producing garbage that is straight out of hell, streaming into America’s living rooms and bedrooms.  (It is interesting that certain Christian musicians walked out of the 2014 Grammys after witnessing what was described as “Satanic activity” by some performers from Tinseltown). It used to be a few years back that you had to shield yourself mainly from sensuality on television. While this is still the case, increasingly what comes on network TV during commercials – trailers for films and television series – is dark, demonic, and gruesome.  Children can be haunted for years by a few seconds of something they witnessed broadcast during primetime. The crime shows and forensics in particular are devastatingly graphic. A friend shared with me recently that she had a panic attack after watching a scene from one of these programs. We need to be vigilant about what we let entertain us. If we go places or gaze upon that which The Lord has forbidden, we risk forfeiting His cover of protection.

Scripture tells us that “Satan disguises himself as an angel of light” (2 Cor. 11:14), so things can entice us or take on the appearance of good; but if they do not glorify Jesus Christ and affirm Him as the Son of God, they should be discarded. This is true of all false religions, as well as certain secret societies. “What fellowship can light have with darkness? What harmony can there be between Christ and the devil?” Paul wrote in 2 Corinthians 6:14-15. May we recognize spiritual wickedness and darkness for what it is. This is the first step in striking at the root, rather than merely floundering at the full-grown branches.